Michigan’s 2015 road funding package has allowed many projects to proceed in Grand Rapids, but additional investment is needed 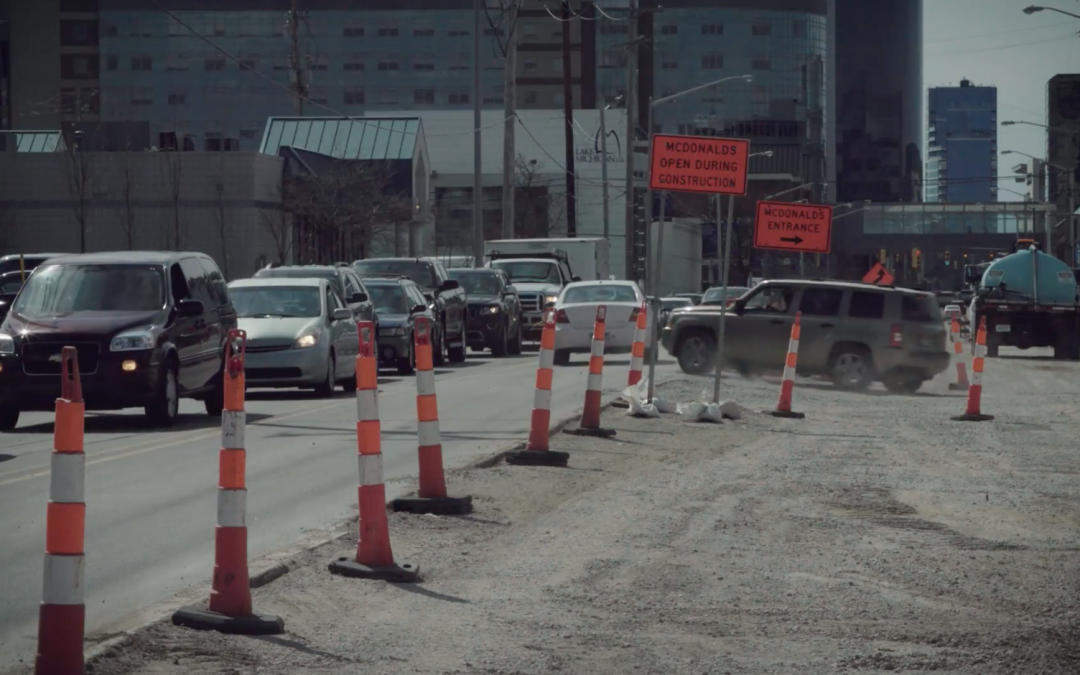 While increased transportation funding provided by Michigan’s 2015 road funding package has allowed many projects to proceed in Grand Rapids and throughout the state, additional investment is needed to complete numerous projects that would improve Michigan’s road and bridge conditions, relieve traffic congestion and enhance traffic safety and efficiency. This is according to a new report from TRIP, a national transportation research nonprofit based in Washington, DC.

According to the TRIP report, “Modernizing Michigan’s Transportation System: Progress & Challenges in Providing Safe, Efficient and Well-Maintained Roads, Highways & Bridges,” half of major roads in the Grand Rapids area are in poor or mediocre condition, four percent of bridges are structurally deficient, and drivers lose 41 hours per year in traffic congestion. Driving on deficient roads costs the average Grand Rapids area motorist $2,010 annually – a total of $14.1 billion statewide – in the form of additional vehicle operating costs as a result of rough roads, congestion-related delays and traffic crashes.

Four percent of bridges (20 feet or longer) in the Grand Rapids area (36 of 950) are structurally deficient, meaning there is significant deterioration to the major components of the bridge. Statewide, 11 percent (1,175 of 11,180) of bridges are structurally deficient. Forty-three percent of Michigan’s bridges (4,815 of 11,180) were built in 1969 or earlier.  Bridges 50 years or older often require significant rehabilitation or replacement.

“The TRIP report is timely with Governor Whitmer’s recently announced budget and road funding plan,” said Joshua Lunger, director of government affairs for the Grand Rapids Chamber. “It’s clear that the state needs to do more to invest in our vital infrastructure network, and we look forward to discussing ways to modernize Michigan roads.”

Improving safety features on Michigan’s roads and highways would likely result in a decrease in the number of traffic fatalities and serious crashes. A total of 4,905 people were killed in Michigan in traffic crashes from 2013 to 2017, an average of 981 fatalities per year. In the Grand Rapids area, there were an average of 103 traffic fatalities each year from 2015 to 2017. Traffic crashes in which roadway design was likely a contributing factor costs the average Grand Rapids driver $522 annually in the form of lost household and workplace productivity, insurance and other financial costs.