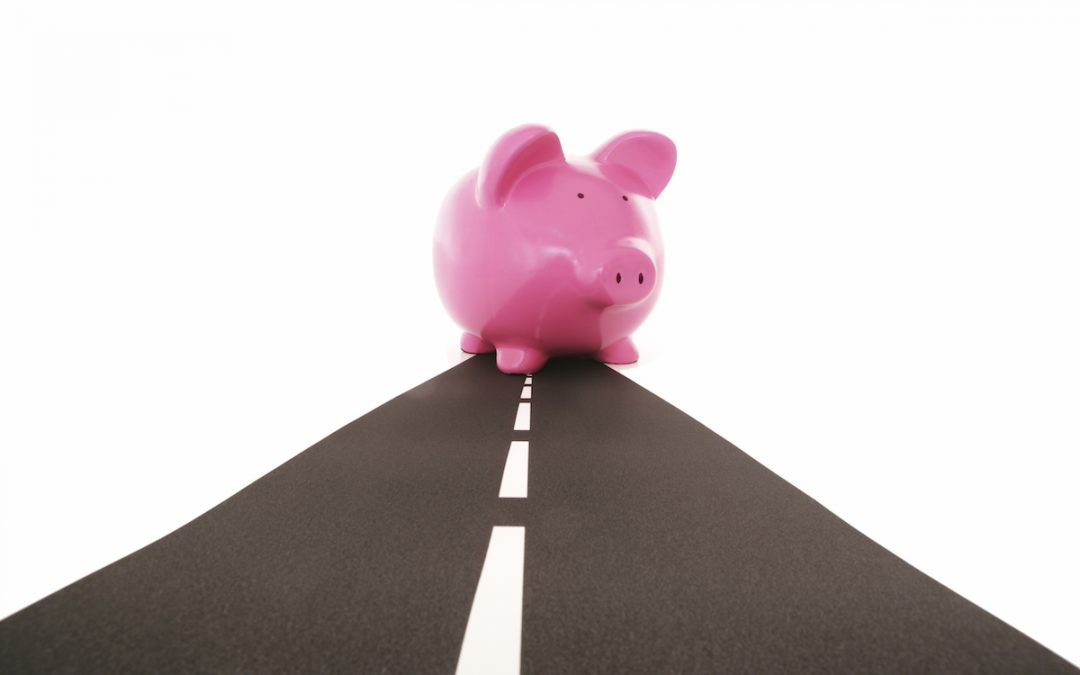 Gov. Gretchen Whitmer embraced a new road financing method and got approval to issue $3.5 billion in bonds this week, but she and Republican lawmakers both say it’s not a long-term road funding solution.

Asked at a Thursday roundtable with reporters if she would offer a new comprehensive road funding plan, Whitmer said, “I did that a year ago, and nothing happened.”

The plan she put on the table last year would have raised $2.5 billion per year by increasing the gas tax by 45 cents. It got a chilly reception from lawmakers.

The $3.5 million in bonding she proposed in her State of the State address Wednesday night and saw authorized by the State Transportation Commission Thursday morning isn’t a road funding plan, she said. It’s a road financing plan. The need for a long-term solution remains.

It may be aging, but her plan to increase the gas tax by 45 cents per gallon is still on the table.

Asked if, with the $3.5 billion in bonding taken off the table, that 45 cents per gallon was still the need, Whitmer didn’t directly address the question but said she’s always been open to other numbers.

“If they come and if they want to have a conversation and it’s a different number, that could certainly be a part of the solution, sure,” she said.

“She refused to work with us and it was 45 cents or bust. And at the end of the year she vetoed hundreds of millions of dollars in road funding because it wasn’t her 45-cent gas tax,” Chatfield said.

Whitmer disputed any characterization that she was only open to the 45-cent gas tax increase.

In a media roundtable on Thursday responding to Whitmer’s address, Chatfield and Senate Majority Leader Mike Shirkey, R-Clark Lake, said they were concerned the public might see the bonding plan as a road funding fix when it doesn’t actually fix the issue.

By some measures, Michigan has the worst roads in the nation. A funding package that increased the gas tax and registration fees in 2015 stemmed their deterioration but has not been able to reverse the overall trend of roads worsening.

Former Gov. Rick Snyder’s 21st Century Infrastructure Commission in 2016 found it would take an additional $2.2 billion per year in funding to get 95 percent of interstates, 85 percent of state highways and 85 percent of local roads in good or fair condition. That estimate is aging, and experts warn a lack of action means roads deteriorate further and become more expensive to fix.

Part of the disagreement between Whitmer and Republican leaders has stemmed from what constitutes a plan. Both sides continue to accuse the other of not being serious about coming to a compromise.

On Thursday, Chatfield linked his concerns back to his eventual goal of stripping sales tax off the price people pay at the pump before considering a gas tax increase.

“The governor refuses to admit that’s the root of the problem, and until she recognizes that, we’re always going to have a road funding problem,” he said.

Chatfield said Whitmer’s two plans so far have been high taxes and a loan, and said her administration has “refused to meet us in the middle.”

“She refused to come off of her plan of taxing every single driver 45 cents. Her second plan was a loan,” he said. “She needs to present a realistic, long-term road funding plan.”

Shirkey said it’s the governor’s turn to respond to some of the Republican proposals with an idea other than bonding: “I think we still have a serious problem with long-term funding of roads.”

In other words, the legislature and governor remain at odds over a long-term road funding plan; the same core disagreement that sparked nearly a year’s worth of budget machinations last year. The governor is expected to announce her Fiscal Year 2021 budget proposal next week.