Whom do voters blame for Michigan’s bad roads? The poll answer may surprise you 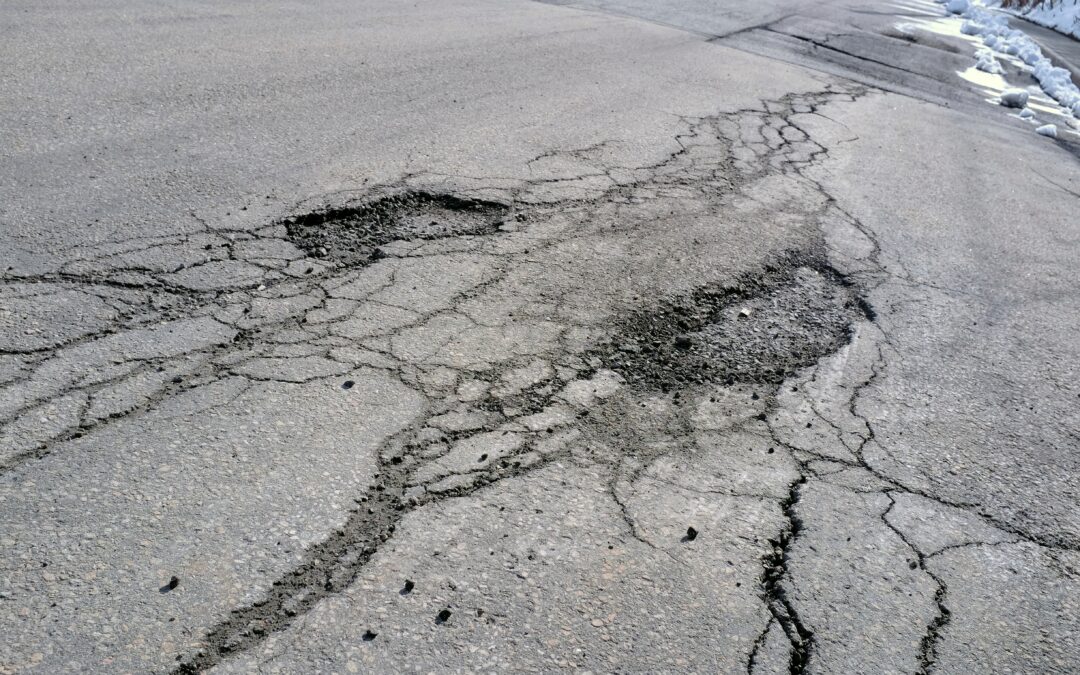 Whom do most Michigan voters blame for the state’s bad roads?

The answer is not Gov. Gretchen Whitmer.

A new statewide poll commissioned by The Detroit News and WDIV-TV (Channel 4) shows likely general election voters point the finger for persistent potholes at past Legislatures and governors (31%) and the Michigan Department of Transportation (15%) before laying blame at Whitmer’s feet after four years as governor.

Just 9% said the Democrat is to blame for bad roads, while 6% said the current Republican-controlled Legislature bears responsibility.

Other culprits include cities and counties (6% each) and the ubiquitous “everyone” answer (11%). The poll had a margin of error of plus or minus 4 percentage points.

“It’s a perfect example of the voters aren’t stupid — they can actually make sense of what the issues are, who’s doing what,” said Richard Czuba, the Glengariff Group pollster who conducted the survey for The News and WDIV. “They’re really saying there’s enough blame to go around for everyone.”

Whitmer famously made fixing the “damn” roads the cornerstone of her 2018 campaign for the state’s highest office.

But after GOP lawmakers rejected her proposed 45-cents-per-gallon gas tax hike in 2019, Whitmer got out the state’s credit card to rebuild highways and bridges — and the latest poll shows a majority of voters approve of her approach.

Voters were asked if they approve of Whitmer using “her executive powers as governor to issue $3.5 billion in new state debt to rebuild and repave state-owned roads in Michigan.”

Nearly 64% of voters said yes, while 28% were opposed. One-third of self-described “strong Republican” voters favor taking on new state debt — that will cost $6 billion with interest 25 years — to rebuild the state’s crumbling transportation infrastructure. Whitmer’s use of bond debt to repave highways was not novel. Republican Gov. John Engler and Democratic Gov. Jennifer Granholm both did it.

But the polling underscores the notion that voters prefer action over inaction, Czuba said.

Inaction is largely what state leaders have been doing for the past two decades with road funding through a Band-Aid approach of nibbling around the edges of a big, growing, multibillion-dollar problem, said Todd Wyett, chairman of the State Transportation Commission, which authorized Whitmer’s road bond debt.

“The one thing that’s been constant over the three governors that I have served is the Legislature’s refusal to work with the governors to invest in our roads,” said Wyett, who was appointed to the transportation commission by Republican Gov. Rick Snyder and reappointed by Whitmer.

“I think people are finally figuring out governors come and go, but the Legislature keeps giving the same answer,” said Wyett, a Charlevoix real estate developer who previously served on state waterways and economic development boards under Granholm.

The Legislature’s last major action on road funding was in 2015 when lawmakers approved a seven-cents-per-gallon gas tax increase and a 20% increase in vehicle registration fees.

That plan — implemented in 2017 — raised $600 million of a $1.2 billion annual increase in spending on roads that took six years to achieve. The remaining $600 million came from general fund tax revenue that has historically not been used for building and maintaining roads.

The $1.2 billion was about half of what most transportation experts said the state needed to be spending to get 80% of roads to good or fair condition.

Today, 67% of roads in Michigan are rated in good or fair condition, up from 61% in 2019 when Whitmer became governor, according to Michigan Transportation Asset Management Council data.

“The level of disinvestment was greater than what they started pouring into roads,” Wyett said of the Legislature.

State Sen. Wayne Schmidt, a Republican from Traverse City, said Whitmer is getting credit for the effects of the 2015 road funding program because it wasn’t fully funded until 2021.

Schmidt is among a handful of Republican lawmakers who were willing to raise taxes in 2019 before Whitmer and the Legislature’s negotiations devolved into a spending fight.

Whitmer was able to use bond money to boost funding for roads without raising taxes.

“But you just borrowed a boatload of money,” Schmidt said. “And I don’t think that’s the best policy. Especially when we’re talking about roads that can wear out before the bonds are paid off. That’s not a good way of doing business. And we need to be straight with the voters.”

A $272 million project that is reconstructing Interstate 96 in Oakland County between Novi and Kent Lake roads is being financed by Gov. Gretchen Whitmer’s $3.5 billion bonding program. A majority of likely Michigan voters said they support the bond program, according to a new poll.
Whitmer’s $3.5 billion bonding program only poured new money into highways and state-owned bridges that MDOT maintains.

A $324 million reconstruction of Interstate 275 in western Wayne County and the $272 million being spent reconstructing Interstate 96 in Oakland County between Novi and Kent Lake roads are among the 46 major projects being funded by the bond program over five years.

The bond money could not be used to fix county-owned roads or city streets, which, by comparison, are in worse shape than state highways. About 54.5% of local roads were rated in good or fair condition in 2021, compared with 67% of state-owned roads getting a good or fair rating, according to state data.

Republican political leaders may have hoped bad roads would become Whitmer’s political albatross, Czuba said, but the polling suggests Whitmer has effectively neutralized the issue. Whitmer’s GOP opponent, Tudor Dixon, and her allies have not yet used road conditions in any advertisements this fall.

“The saliency of the issue has clearly faded,” Czuba said. “It’s not the same as it was back in 2018 and 2019 when voters were furious about the roads.”