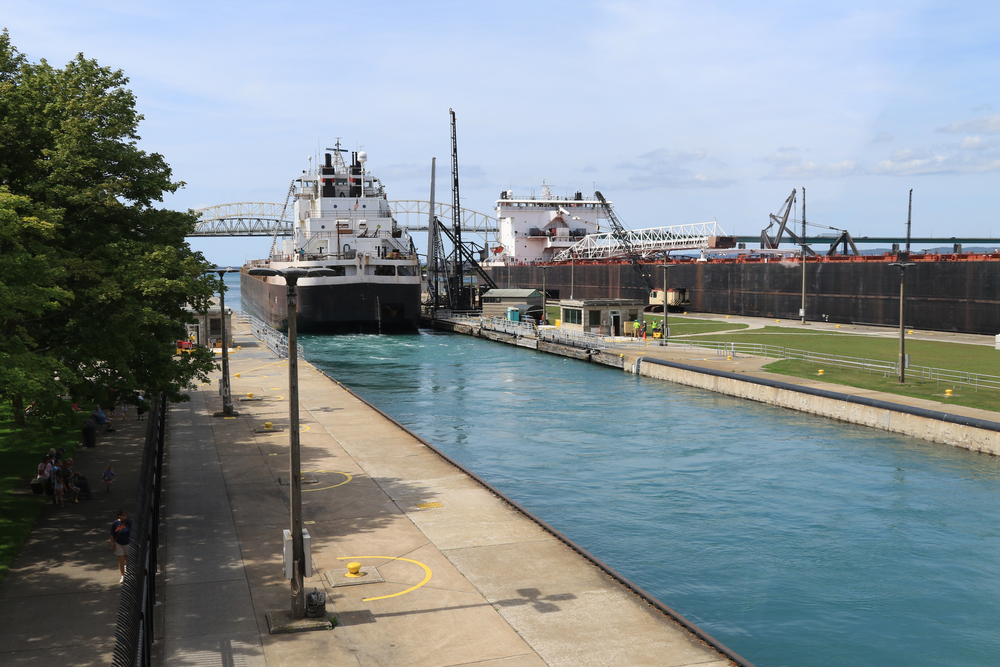 As Michigan legislators struggle to pass a new budget before the end of the fiscal year on September 30, Governor Gretchen Whitmer has made it clear any version of the state’s budget must include ample funding for infrastructure improvements.

The governor traveled to Sault Ste. Marie to tour the Soo Locks, a key piece of infrastructure in a state where the governor believes needs to make improvements across the board in the infrastructure department.

Congress authorized plans to build another lock in the Soo Lock system in 1986.

In May, the house appropriations committee committed $75.3 million toward building a new lock.

Michigan Governor Gretchen Whitmer and those who toured the locks with her on Tuesday see the importance of adding another lock.

“To walk through with the Army Corp of Engineers, it helps inform how serious the work is that we have to do. I’m grateful we’re making strides to get this thing moving, but we can’t let up for a second,” Whitmer said.

“The Soo Locks are not just important for the Eastern Upper Peninsula but the entire state of Michigan, the Midwest, the entire country. The economic impact is huge. Plus, we have our neighbors to the north, Ontario and Canada, so the combined economic impact has is unparalleled,” Grand Traverse County Sen. Wayne A. Schmidt said.

About 7,000 vessels pass through the Soo Locks each year hauling approximately 86 million tons of cargo.

Legislators hope recognizing the importance of the locks is something everybody can agree on regardless of party.

“This is a problem. It’s not republican or democratic, it’s about taking care of Michigan, our Great Lakes neighbors, and the entire country,” Schmidt said

Earlier in the day, Whitmer talked with a crowd at the Sault Ste. Marie Economic Development Corporation building.

She took questions and outlined her plans for the budget ahead of the September 30 deadline.

Front and center in her budgetary plans is improving infrastructure

“As we think about infrastructure we know that we’ve stopped investing in and rebuilding the fundamentals of our state from our roads to our bridges to the locks. So that’s why it’s so critical we get serious about it. It gets more expensive and more dangerous every year that goes by that we don’t get focused on fixing these problems,” Whitmer said.

The project to install a new lock would take seven to 10 years to complete once construction starts and would employ up to 15,000 people.