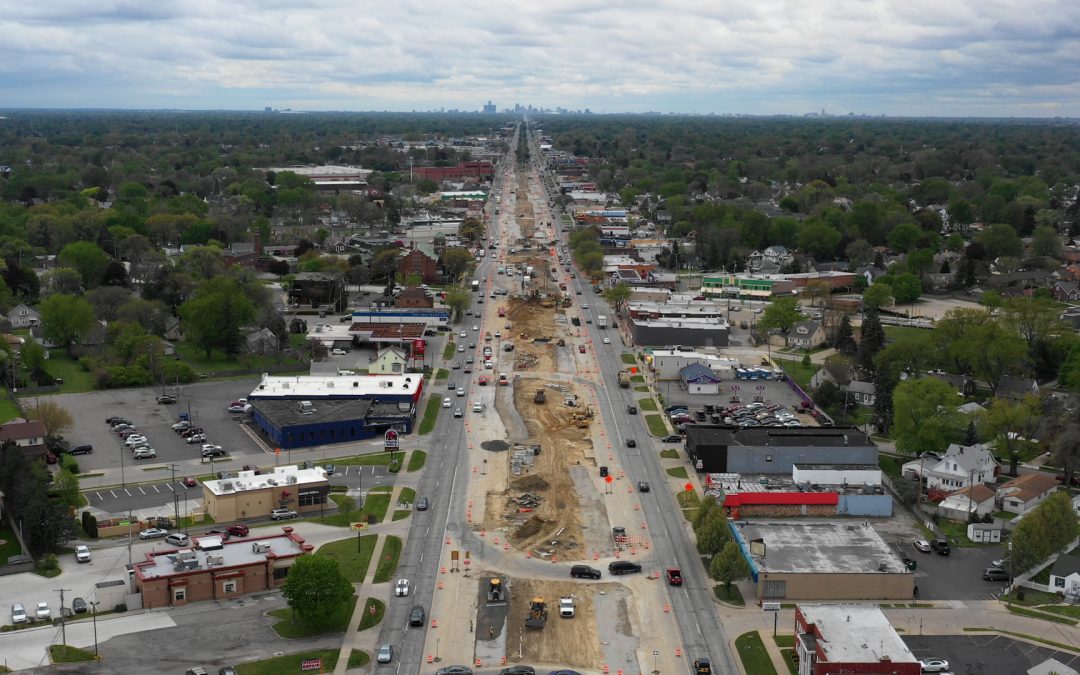 The spending plan includes more than $1.7 billion for drinking water and wastewater system improvement projects, $450 million for parks and trails, $317 million for road and bridge repairs and $250 million for broadband infrastructure grants to expand high-speed internet to unserved areas.

The deal won broad and bipartisan support in the House Appropriations Committee late Wednesday as lawmakers from both major political parties approved an amended bill in a 27-0 vote.

The full House and Senate are expected to vote on the spending plan as early as Thursday, sending it to the governor’s desk, along with a separate bill that would pump $250 million into the state’s unemployment insurance trust fund.

While Whitmer and legislative leaders remain at odds over potential tax cuts and have yet to finalize a budget for the next fiscal year, the governor called the supplemental spending deal proof that Republicans and Democrats can work together to “get things done” in Michigan.

“We are so proud to announce that we have reached a deal on a bipartisan infrastructure supplemental to invest in our shared priorities including drinking water, high-speed internet, housing and parks,” she said.

“These are tough times for families, small businesses, and communities, and this bipartisan supplemental (bill) will help grow our economy, create jobs, and invest in every region of our state.”

The spending bill will use less than half of the $4.7 billion in discretionary federal stimulus funds the state has yet to spend. Roughly $2.8 billion of that money will remain on the table for annual budget negotiations, according to Mary Ann Cleary, director of the nonpartisan House Fiscal Agency.

Those are “historic funding” levels that will prove to be “transformative investments,” said Senate Appropriations Chair Jim Stamas, R-Midland.

House Appropriations Chair Thomas Albert called the plan the “right way” for the state to take advantage of an “unprecedented opportunity to make monumental improvements to the structural foundation of Michigan communities.”

The deal “will use one-time resources available today to benefit our children and grandchildren for the rest of their lives – which is extremely important given the potential ramifications of current federal policies in future years,” Albert, R-Lowell, said in a statement.

The bipartisan breakthrough comes after weeks of possible tax cut posturing in Lansing, where both Whitmer and the Legislature contend they are interested in returning some of the state’s surplus to residents but have been unable to negotiate terms.

Whitmer on Friday vetoed a $2.5 billion GOP plan to slash personal income taxes, and she promised to do the same for a separate bill that would have suspended Michigan’s gas tax to curb ongoing price spikes.

Instead, the Democratic governor has told lawmakers she is open to a “short-term pause” in the sales tax on motor fuel and wants to pursue other forms of targeted tax cuts, including broad exemptions for senior income and expansion of the Earned Income Tax Credit for lower-income earners.

With the new spending deal headed toward her desk for signature, Whitmer said late Wednesday that she looks forward to “continuing in this spirit of collaboration to pass another balanced, bipartisan budget that delivers on the kitchen-table issues.”

This article appeared in Bridge Michigan. For more, click here.