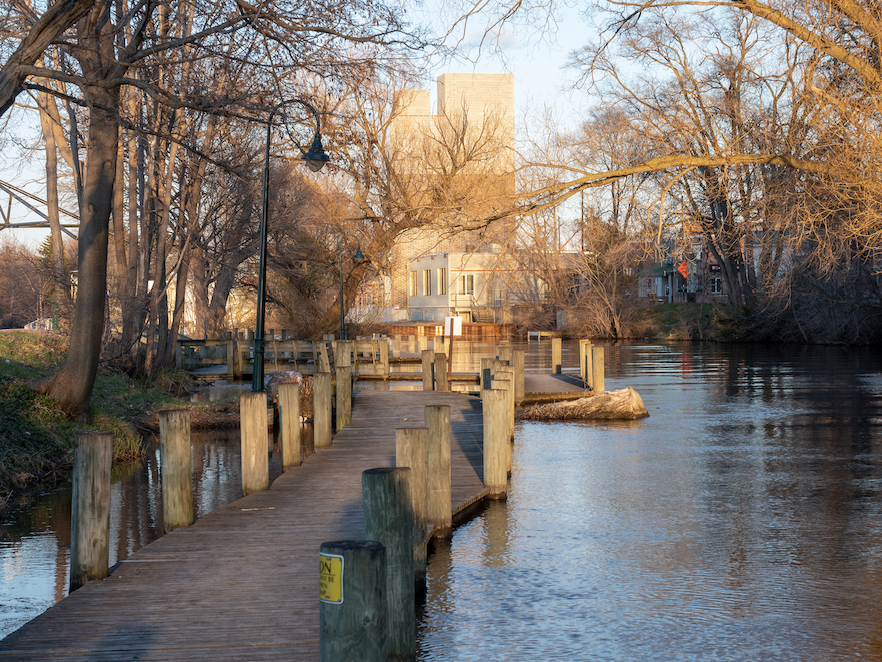 That’s according to some number-crunching city Commissioner Tim Werner, who figured some estimations based on seven years of flow data to the Traverse City Regional Wastewater Treatment Plant and average Lake Michigan water levels. He’ll show the commission his findings Monday, and hope they start a conversation about how to fix a serious problem that’s already blamed for three major sewage spills.

Werner’s analysis, if correct, shows the high lake levels have far more influence on excess water than heavy rains do, although both are sending millions of gallons through the system.

He found a baseline of 2.3 million gallons, where lake levels above 579.2 feet above the International Great Lakes Datum — analogous to sea level — started to influence sewage flows.

High groundwater sent an estimated 457 million gallons of water into the system from January to October 2020, according to Werner’s calculations.

Werner used some more integral calculus to rough out how much excess flow could be attributed to 2020’s recurring heavy rains — a glance at the flow data on a graph shows spikes corresponding with heavy rain events.

He calculated that at 84 million gallons from January to October 2020, for a total of 541 million between rainwater and groundwater.

The U.S. Geological Survey figured Michiganders on public water supplies used 66 gallons of water per day on average in 2015 — the most recent year available — so that infiltration and inflow looks like about 22,456 more people using the sewer system for a year.

That number, eye-popping as it may be, is figured with estimates that Werner acknowledges probably aren’t perfect.

For example, it’s possible they’re undercounting the influence of heavy rain events in 2020 — he computed flow rates by adding the gauges from two pumps in the city’s East Front Street lift station, but isn’t sure if the data includes flows from a third auxiliary pump installed after a deluge caused 54,000 gallons of sewage to back up into the Boardman River.

But even if Werner’s numbers are off by, say, 50 percent, they give an idea of the magnitude of the issue and how much it’s costing the city, he said.

Mayor Pro Tem Amy Shamroe said Friday she still was taking in the numbers and wanted to hear more during the presentation as well. But she agreed the estimates show there’s a big cost for inaction, and climate change is likely to force the city’s hand sooner rather than later.

“We’re dealing with the change in climate and I think up here it’s pretty hard to deny that when we’ve seen these extremes,” she said.

The presentation should lend a sense of urgency to finding solutions for the problem, and budget discussions are already under way, Shamroe said.

Werner said he wants to see a plan to “triage” the worst of the city’s sewer lines based on their condition.

He believes keeping out rainwater could be the more pressing concern because it’s getting in at points throughout the city, whereas groundwater infiltration is mostly confined to sewer lines near the bay.

This article appeared in the Traverse City Record Eagle, for more, click here.