Twitter data: Michigan has the most complaints about road quality 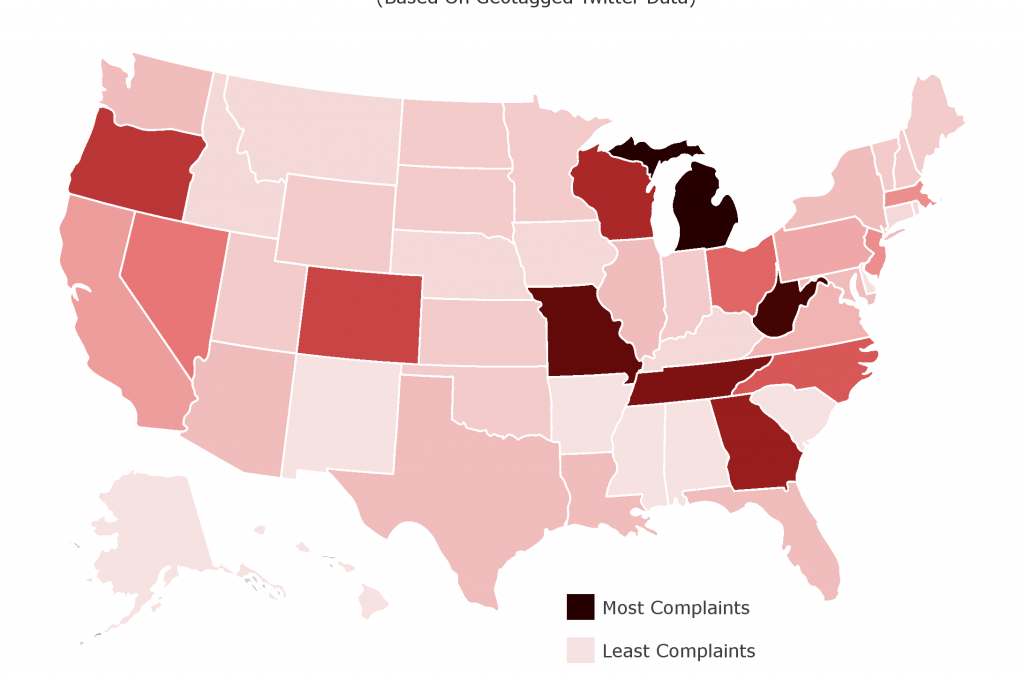 A new map generated from geotagged Twitter data shows that drivers in Michigan post the most complaints about road conditions.

The data, gathered over the last month by partcatalog.com, consists of tweets, hashtags and keyword phrases like “fix the roads,” “horrible streets” and more. Over 70,000 tweets were tracked.

Most of the other states in the top 10 are from the southern and western regions of the country. West Virginia and Missouri ranked No. 2 and No. 3, respectively, while Oregon and Colorado come in at No. 6 and No. 8, respectively. Only two of Michigan’s Midwest neighbors made the list with Wisconsin ranked No. 7 and Ohio ranked No. 10.

The top 10 states with complaints about road conditions:

This article appeared in the Grand Rapids Magazine, for more, click here.