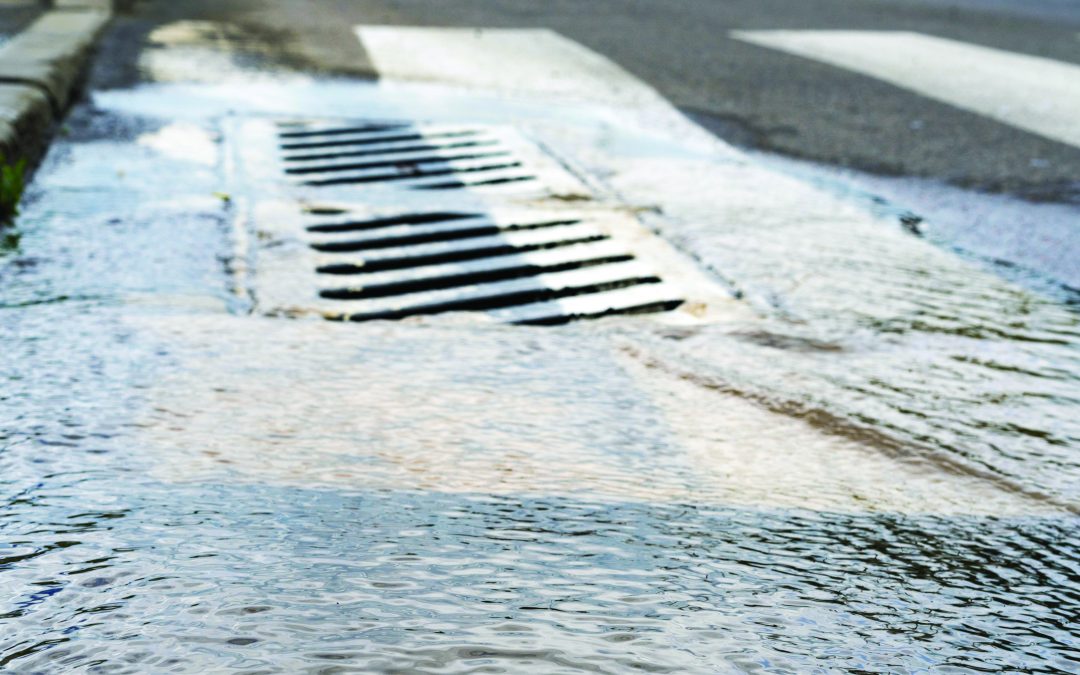 There’s a good chance they’re beneath groundwater levels, so water could be coming in at every crack and failing joint. City Municipal Utilities Director Art Krueger and Engineer Tim Lodge mapped out the sewer lines that could be submerged, most of which are near Grand Traverse Bay.

City commissioners on Monday will discuss the situation as they look for solutions to end the string of sewage overflows that fouled the Boardman River and West Grand Traverse Bay.

High groundwater puts increased water pressure on sewer pipes, exacerbating inflow and infiltration problems that can cause overflows, Krueger and Lodge wrote. Excess water already enters the system through manhole covers, which is made worse when water pools on streets.

The city’s storm drains, a separate system, aren’t draining at their full capacity because of high water levels, Krueger and Lodge wrote.

“Therefore, during these large storm events, many streets are flooded for extended periods of time, allowing more infiltration and inflow into sewers,” they wrote.

These excess loads on the system have impacted a sanitary sewer that once barely registered a change during heavy rains. That’s according to flow data collected in 2015 during a three-year study of the city’s storm water and wastewater systems.

OHM Advisors, the engineering consultants helping with the project, remarked the system’s low wet weather response made it “one of the driest” its consultants had seen, documents show.

Mayor Pro Tem Amy Shamroe agreed the submerged pipes are a huge problem that won’t be cheap to fix. Commissioners talked about the first of three sanitary sewer spills several weeks ago, but Monday’s conversation is likely to be a very different one after two more spills happened.

Two of three heavy rains that precipitated sewage spills this summer were considered 50-year storms, and the third, a 200-year storm, Krueger and Lodge wrote.

That’s a statistic measuring the chances of a storm dropping so much rain, according to the U.S. Department of Agriculture — a 200-year storm has a 0.5 percent chance.

Those sewage spills measured anywhere from 1,200 to 54,000 gallons gushing out of an access hole near Front and Union streets and into the Boardman River via a nearby storm drain, as previously reported.

The first and worst happened May 28, when three inches of rain fell in two hours, Krueger and Lodge wrote, citing data from a rain gauge at Fifth and Oak streets. Flood water at Munson Medical Center and Grand Traverse Commons ended up in city sewers, exacerbating the problem.

A 2.8-inch deluge over an hour caused a 1,200-gallon spill on July 18, but a similar amount of rain over an even shorter stretch the next day didn’t cause a spill.

It’s not just Traverse City. Michigan’s Department of Environment, Great Lakes and Energy is reporting sanitary sewer overflows in lakeshore cities and towns around the state, Krueger and Lodge wrote. And there are reports of high water levels and extreme tides worldwide.

“Whether it is due to climate change or something else, we seem to be experiencing more frequent, high-intensity rainfall events,” Krueger and Lodge wrote.

The city’s taken some steps to fix the leaks, like relining a 1,166-foot stretch of sewer line below East Front Street for roughly $250,000, buying a $115,000 auxiliary pump for the city’s lift stations, looking for sump pumps that illegally drain into the sewers and sealing 85 sewer manhole rims, documents show.

Future projects include repairing a digester at the treatment plant for around $900,000 and rebuilding 470 feet of sewer lines below Randolph Street for around $200,000.

Sewer spills forced the Grand Traverse Health Department to close several West Grand Traverse Bay beaches to swimmers for days at a time. They also had people venting their frustrations on social media, wondering when the city will fix the problem.

Commissioner Tim Werner acknowledged the city doesn’t have the problem fixed yet, but it’s one that’s been decades in the making.

Some commenters have questioned city spending priorities, and Shamroe said she agrees the city budget needs a closer look. But while commenters point to multi-million-dollar trail or sidewalk projects, Shamroe said the money’s frequently allocated for certain projects and can’t be spent any other way.

That plus a long list of essential services the city provides means much of the city budget is spoken for, Shamroe said. The question then is not just how much to allocate for sewer fixes, but will it be enough.

Fixing a system that in hindsight needed much more investment in the past decades will take time, and likely millions of dollars, Werner said. He wants to figure out how much, and plan from there.

A good chunk of that money likely will have to come from sewer ratepayers, Werner said, and both he and Shamroe said the city needs to seek out grants as well.

Some of the expense could come from savings at the treatment end, Werner said — the city wastes money every year treating storm water. He believes past upgrades to the treatment plant’s capacity gave the impression the city had more time to fix its sewer lines than it did.

“The system was able to handle it, so people asked, why didn’t you fix this 10, 20 years ago? Well, we were slowly working in that direction but the system could handle it, so we were taking our time, I guess you could say,” he said. “But now we don’t, we’ve used up all our time.”