Too many dams, too little money 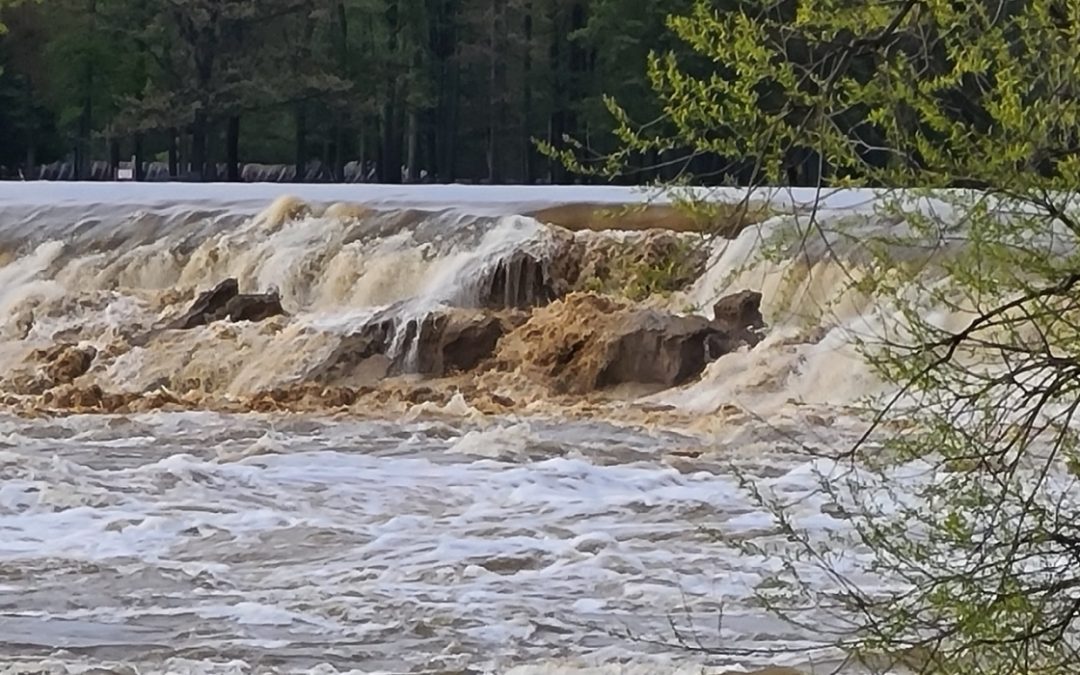 A combination of heavy rain and aging infrastructure led to the collapse of the Edenville and Sanford dams along the Tittabawassee River in Midland County on May 19.

Close to 10,000 residents were evacuated.

“There are many dams across the state that we have concerns about,” said Joe Nohner, a resource analyst with the Department of Natural Resources (DNR). “In the future they are going to need management, either a repair or removal, in order for the dam to be safe.”

However, the state can afford to address only a fraction of those dams with current funding.

“It’s a really, really big job,” he said. “And given the number of aging dams in the state and given the ability of our grant programs right now, I expect that the demand is going to continue to exceed the supply of funding for these projects.”

The DNR has a fund of $350,000 allocated specifically for dam management. Besides that, it has $1.25 million for habitat projects, which sometimes involve dam removals or repairs, and $244,000 in the habitat improvement account, which provides some funding towards removal projects.

“In total, you’re looking at about $1.8 million per year from the Fisheries Division that could potentially work on dam removal and repair. But that also addresses all of the other habitat needs,” he said. “So we’re doing a lot with that money. Not just working on dams.”

But even if all $1.8 million were put towards dam removal, that would cover the cost of only one medium-to-small dam.

“When you look at that amount of money from the state relative to the need out there, we have to be very strategic about which projects we work on,” he said. “And we can’t work on all of them.”

Although some funding also comes from federal sources like the U.S. Fish and Wildlife Service, it’s still nowhere near enough to meet the needs of every aging dam in Michigan.

But even if funding weren’t an issue, time is.

“It took about 13 years to get three dams removed,” Kimberly Balke, the project coordinator for Conservation Resource Alliance, said of the Boardman River Renewal Project. “So it’s best to decide to remove that dam when you have the time to safely remove it.”

The Boardman River Renewal Project in Traverse City began in 2005 after four dams on the river were deemed economically inefficient and hazardous to the community and the environment. Since then, three have been removed and one is being restored.

While it cost a significant amount of money to remove the dams, it would have only become more expensive the longer it was put off, Balke said.

The longer a dam is in place, the more time there is for things like sand, fallen trees and leaves to build up. Removing that sediment is pricey.

“But it was a one-time cost,” Balke said. “Rebuilding the dams would have been awfully significant, and that would have required maintenance into the future.”

Many environmental benefits come with dam removal as well.

Besides eliminating the risk of a future collapse, dam removal can allow for nutrients and debris to flow naturally, more water-related recreation and tourism, and native fish habitat restoration.

Dams can also injure fish and other aquatic life that try to pass through, Nohner said.

But sometimes removal isn’t an option, according to Tim Cwalinski, a DNR fisheries biologist.

The Cornwall Creek Dam in Wolverine is one of six high-hazard, poor-condition dams in Michigan.

That means it could fail during an everyday rainstorm, and the results could potentially be deadly.

Upon collapse, it could produce a flood wave strong enough to wipe out nearby roads downstream.

But Cornwall Creek Flooding, the lake created by the dam, means a lot to a lot of people.

“If we removed this, we’d never hear the end of it. People from across the state come here to camp by it, to recreate on it, to kayak on it, to fish on it,” he said. “It would be a lot easier for us, but we’d be losing a great fishery.”

David Marsh, the owner of the Thirsty Sturgeon bar and grill in Wolverine, says the lake is important to locals.

“It’s very well known for fishing and a lot of guys in this area locally fish it,” he said. “It’s very valuable to us.”

That leaves the DNR with the task of rebuilding the dam. But with what money?

Although still unsure of what the project will cost, Cwalinski said he expects it will start around $300,000- an amount that far exceeds what the DNR is able to pay on its own.

The fate of the project now lies in the hands of Huron Pines, a nonprofit conservation association that works with northern Michigan communities to help fund and manage environmental projects. It secured grant funding for the rebuilding of the Cornwall Creek Dam and is now managing the project.

While Huron Pines has worked on the removal of many dams, this is the first time it’s helping to rebuild one, according to associate director Lisha Ramsdell.

And as the climate continues to warm and Michigan begins to experience more heavy rain events, these structures are at a higher risk of collapse than usual, she said.

The demand for dam removals and repairs is high, but organizations like Huron Pines can address only so many of them.

“It takes a lot of time and it takes a lot of money, and those are finite resources,” Ramsdell said. “I mean there’s thousands of them across northern Michigan, and that’s a lot.”

Rebuilding of the Cornwall Creek Dam is set to be complete by fall of next year.

No money has been added to the state’s dam maintenance fund since the collapse of the Edenville dam, and there’s currently no plan to.

Gov. Gretchen Whitmer has said she would like to increase the state’s dam fund, but would first like support from the federal government.

This article appeared in the Spartan Newsroom. Read more here.