Terrible, deep and scary: Weather is a factor in Michigan’s pothole problem 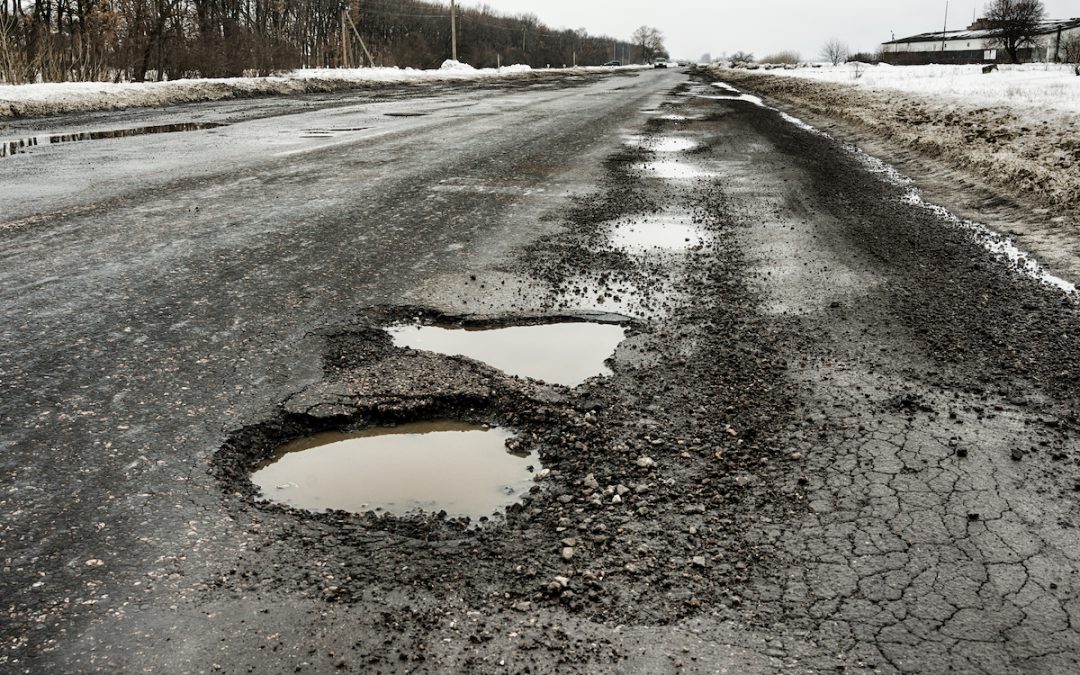 We made it through construction season, but a different season is just getting started: Pothole season. Crumbling depressions in the road surface are the collective bane of many Michigan driver’s existence during the cold season.

We asked some Kalamazoo residents to say the first word or phrase that came to mind when they heard the term, “Michigan potholes.” Their responses included such things as “broken car,” “terrible,” and “deep and scary.”

We all have to deal with them, so perhaps understanding how they form will help you know when they’re more likely to pop up.

Michigan’s climate is especially susceptible to the pothole problem due to the fact the region’s temperature can swing from extreme cold to above average warmth so quickly. This freeze-thaw cycle is the prime time for potholes to form.

“We get a good couple weeks of below freezing weather in December, and then shortly after the new year we get a warm spell and it gets into the mid to upper 30s, maybe even the 40s,” Schirripa said. “That’s when we’ll start to get a crop of potholes.”

Wondering why these freeze to thaw transitions are so important? You have to understand what’s happening a few feet beneath the road’s surface.

During the cold season, asphalt plants are closed, meaning road crews at the local and state level are forced to resort to using a temporary fixes called cold patches.

“We throw it in by the shovel full, vehicles pass over it and pack it down,” Schirripa said. “It’s there for however long it’s there. Then it starts to come back out again. It’s temporary; it’s meant to be temporary.”

It’s not until late spring that more substantial repaving or resurfacing jobs are able to be completed, once the asphalt plants start reopening. In recent years, MDOT has experimented with mobile hot patch trucks, which Schirripa called a small version of a cement mixer, only with tar materials instead of cement.

“It’s essentially hot mix asphalt that gets thrown into these potholes, but we can do it during the winter,” Schirippa said.

The complication is that these trucks can’t carry enough material to fix more than maybe a dozen potholes at a time, Schirripa said, along with its higher cost of operation. For those reasons, MDOT primarily uses the hot patch trucks for more significant pothole fixes that need immediate attention.

Weather is only part of the equation. Schirripa said decades of under-funding have left MDOT and local road commissions far behind when it comes to road repairs.

“Right now, statewide, we have about 120,000 miles of roadway. About 22% of that is in poor condition. Within five years, it will be about half of all roads in Michigan in poor condition under current funding scenarios. So that’s not getting better, it’s getting exponentially worse every year,” he said.

As potholes begin to blossom this winter, it’s important to remember what to do if you’re about to drive over one.

MDOT recommends drivers stay vigilant. According to tips provided online, the best thing drivers can do when approaching a pothole they can’t safely steer around it is to slow down and release the brakes before you hit it.

When it comes to vehicle maintenance, it’s important to ensure your tires are properly inflated throughout the cold months and to have your vehicle’s suspension and steering checked by a qualified mechanic.