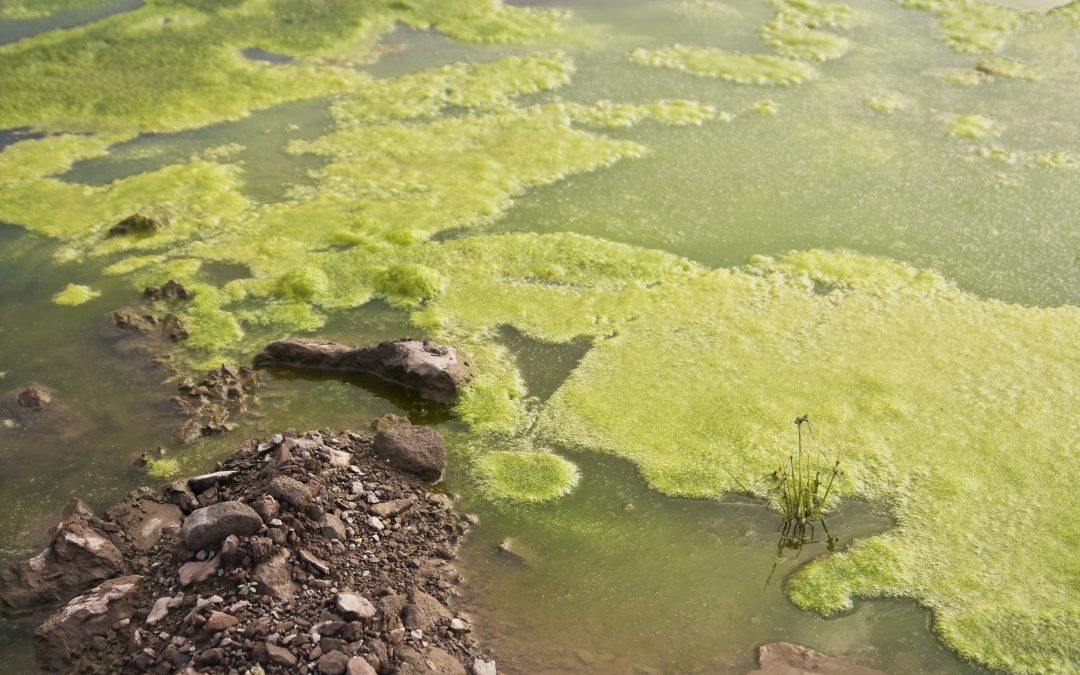 Some residents living along the streams, rivers, and lakes near the failed Edenville and Sanford dams in Mid-Michigan are experiencing algal blooms in the shallow waters that feed the former reservoirs. The blooms are common this time of year and the Michigan Department of Environment, Great Lakes, and Energy (EGLE) has determined they are not harmful algal blooms (HABs). Rather, EGLE staff has determined the material is filamentous green algae, which does not produce toxins, and not the cyanobacteria that is present in harmful algae. The filamentous green algae can be aesthetically displeasing and sometimes will smell when the organic material breaks down.

Algal blooms typically form in the summer when temperatures are high, sunlight is abundant, and surface waters have little movement. The failure of the dams in May 2020 drained significant amounts of water from Wixom, Sanford, Secord and Smallwood lakes and the rivers that feed them. Water levels on Wixom Lake and the Tobacco River behind the Edenville Dam also were lowered in February at the direction of EGLE as a precautionary measure to limit the chances of further failure of the remaining dam structures that could create additional downstream flooding.

To be safe, it is recommended that people and pets avoid contact with algal blooms, as cyanobacteria could become prevalent as the summer progresses. If you do contact an algal bloom, be sure to rinse off after getting out of the water. Residents can report suspected harmful algal blooms to EGLE by e-mailing AlgaeBloom@Michigan.gov with pictures of the algal bloom or by calling 800-662-9278.

Additional work around the dam is being completed this summer.

More work on the Tobacco spillway is underway to shore up the concrete walls and prepare for future gate modifications. Additionally, stabilization work is planned for this fall at the Tittabawassee spillway to remove sediment placed during the dam failure, stabilize the dam area and restore flow to the river’s natural channel. Lastly, work is planned over winter to perform similar stabilization work at the failed Sanford Dam to limit the ongoing erosion through the breach area and former impoundment.