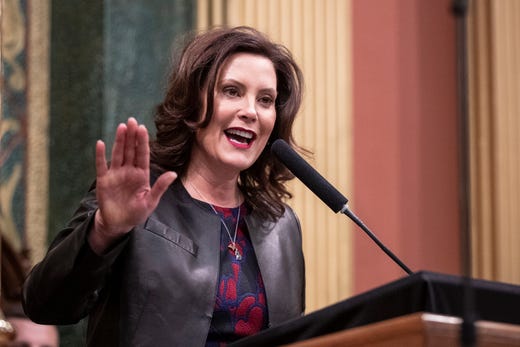 The State Transportation Commission has given the go-ahead to Governor Gretchen Whitmer’s plan to sell taxpayer-backed bonds to finance Michigan’s most urgently needed road repairs.

“This will help us front load some projects that are really important in a crumbling infrastructure that is getting more dangerous and expensive by the day, getting a low interest rate and getting it done now so we can bend the curve so we can manage this asset,” says Whitmer.

Whitmer says she still hopes the Republican-led Legislature will consider increasing the fuel tax by 45-cents a gallon to raise the needed revenue.

“I’m still hoping that happens. Bonding is financing, not funding. Ultimately, we need the Legislature to take some action, but we can’t wait. So, it’s time to get started and it’s time to move some dirt,” she says.

Whitmer says that she’s aware that people are not happy about tax increases.

“No one is, even me. But the fact of the matter is I’ve inherited an incredibly serious infrastructure crisis and I’m trying to fix it,” she says.

The bond sale does not require the Legislature’s approval. But Senate Republican leader Mike Shirkey says it should be part of the solution before turning to a tax increase.