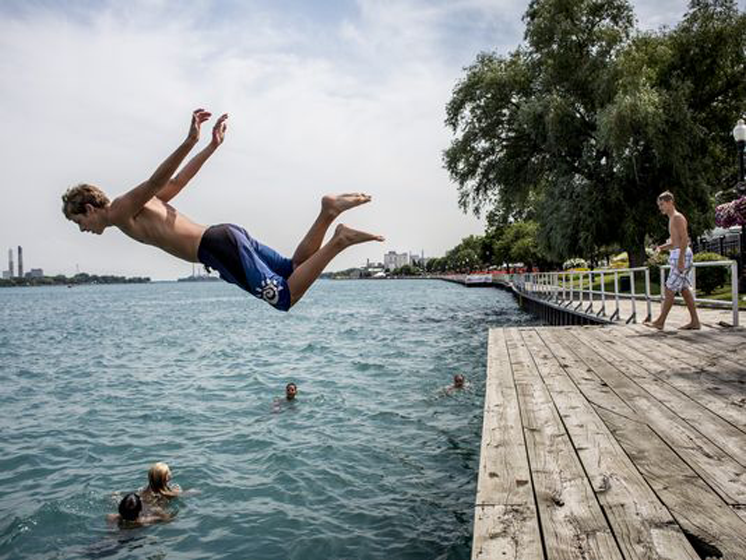 MARYSVILLE, Mich. — On a hot, humid and sultry Wednesday when a dip in the St. Clair River seemed the rational thing to do, officials, volunteers and just plain folks gathered at the Marysville Golf Course to celebrate the fact that it’s OK to swim in the river.

Beach closings no longer are considered a beneficial use impairment of the river, said Patty Troy, U.S. co-chairwoman of the Binational Public Advisory Council.

Degradation of benthos — the environment at the bottom of the river — also has been removed from the beneficial use impairment list, Troy said.

Troy said the removal of what are called BUIs applies to the United States side of the river.

The St. Clair River in 1987 was identified by both the United States and Canada as an area of concern, one of 43 in the Great Lakes Basin and 12 in Michigan. It initially had 10 beneficial use impairments.

With Wednesday’s announcement, the list is down to four.