Snyder pushes to amp up investments in state infrastructure 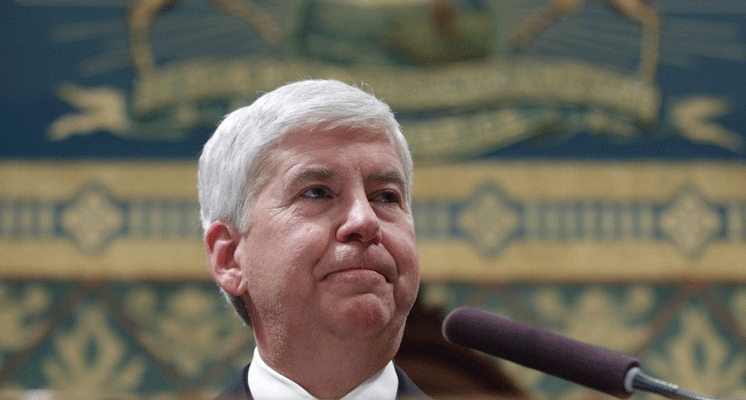 Gov. Rick Snyder called for major new state investment in maintaining sewers, water systems and other public works in his State of the State address, citing failures including the Flint water crisis and the Fraser sinkhole.

The call came during a speech that heartily touted numerous successes — declining unemployment, more private-sector job creation, large companies like Google and Amazon setting up shop in Detroit and its suburbs. Snyder also pushed a goal to boost the state’s population above 10 million by the 2020 census.

He said the first step toward improving the condition of Michigan’s roads, bridges and drinking water is to keep track of the state’s infrastructure systems and proposed creating a central database that can act as a clearinghouse to help state and local governments and utilities better plan for repairs.

The database, known as an asset management system, was among the recommendations put forth last month in a report by task force appointed by Snyder to identify Michigan’s infrastructure priorities. The group was created in response to the lead-poisoning crisis in Flint’s drinking water.

The crisis in Flint — and the real infrastructure challenges across the state that it raised — will remain a priority in the coming year. More recently, a sinkhole opened up in Fraser due to a leaking underground sewer line.

“We’re at risk in every corner of Michigan” for failed infrastructure, Snyder said during the speech, delivered to a joint session of the Legislature at the Capitol. “We know this is a huge challenge.”