Six miles of M-20 to get $2.1 million facelift in Midland County 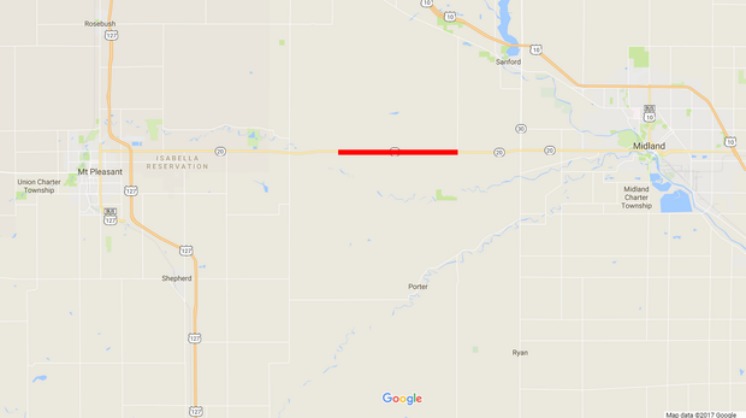 Six miles of M-20, from Geneva Road to 9 Mile Road, will get resurfaced and see occasional single-lane closures over the next two months, according to the Michigan Department of Transportation.

At least one lane in each direction will be open until the project wraps up in September, said Jocelyn Hall, an MDOT spokesperson.

“This work will create a smoother ride surface and extend the life of the roadway,” Hall said in a press release.

“We made fixing our transportation system a priority, and the budget the House approved last month contains a record amount of transportation funding to make roads, bridges and underground water systems safer,” Glenn said in a press release.