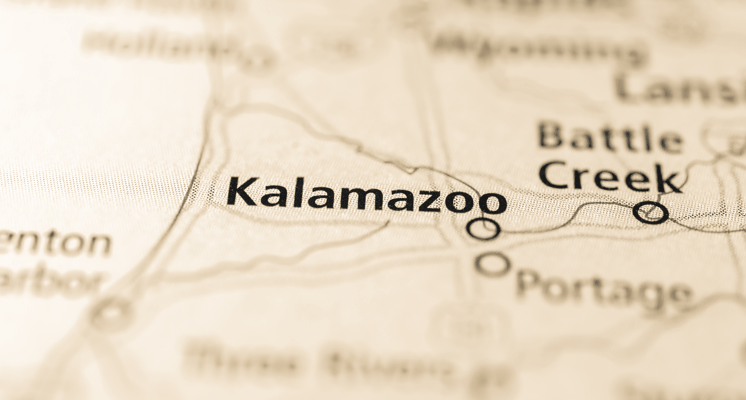 KALAMAZOO, Mich. (NEWSCHANNEL 3) – A break in a storm water pipe caused a small sinkhole on Oakland Drive near Waldo Stadium on Tuesday.

Crews found that sinkhole before any vehicles were impacted, but that area of Oakland remained blocked for some time.

Newschannel 3 has learned that this was a very old pipe that broke and we talked with city leaders about how Kalamazoo plans to address aging pipes.

It’s not a secret that Kalamazoo’s aging infrastructure will have to be addressed at some point. The incident on Oakland Drive is just one example of what could happen. The good news is that Kalamazoo is anticipating a funding boost this year to tackle the issue.

It was slow going around Kalamazoo Wednesday with slick roads and snowy conditions. On Oakland Drive just south of Lovell, road repairs were slowing it even more.

“We had a failure of a fifteen-inch storm sewer line that was a clay line,” said Kalamazoo Public Services Director James Baker.

Baker says the break created a hole five feet deep and three feet wide. Crews were able to patch that pipe up, however the northbound lane of Oakland will remain closed until Friday.

“Right now we’re waiting for the cold-weather concrete to cure and we’ll have that open to traffic for all movements by Friday morning,” said Baker.