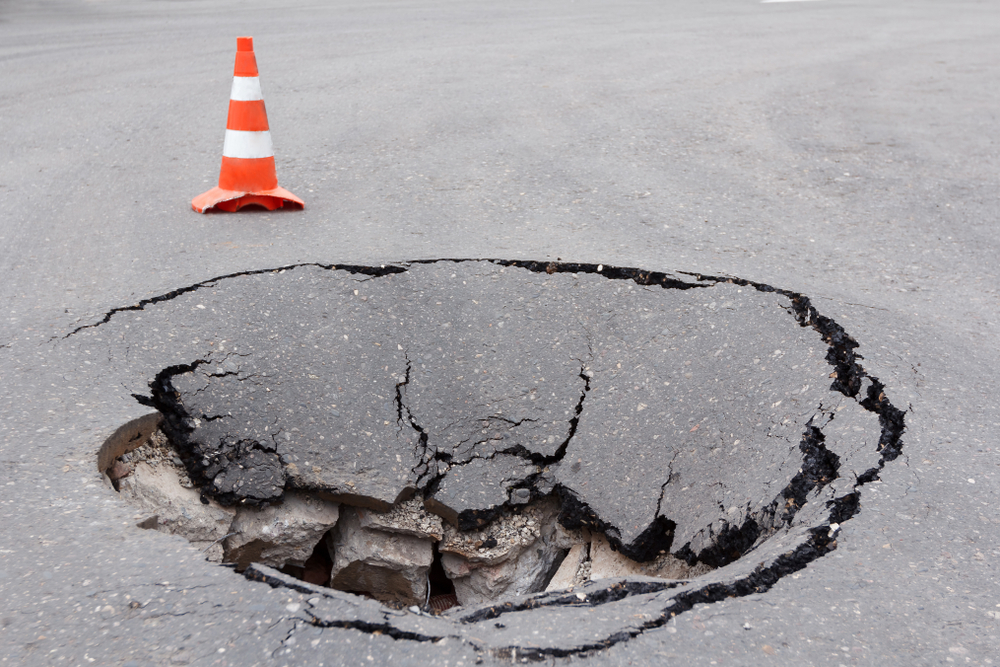 Larned Street will be closed between the Lodge Freeway and Griswold Monday morning after a sinkhole was found Sunday below Larned and Shelby, the City of Detroit said in a news release.

“Motorists coming downtown are encouraged to use Bagley or Jefferson as alternate exits from the Lodge,” city officials added.

Detroit Department of Transportation and SMART bus routes will be altered to the nearest accessible bus stop at Spirit Plaza and motorists will be able to access Larned via Washington Boulevard for the Foundation Hotel and Crowne Plaza Detroit, according to the release.

The cause of the cavity has not been determined.

Crews are set to excavate and repair the issue Monday, but it is unknown how long the street will remain closed.