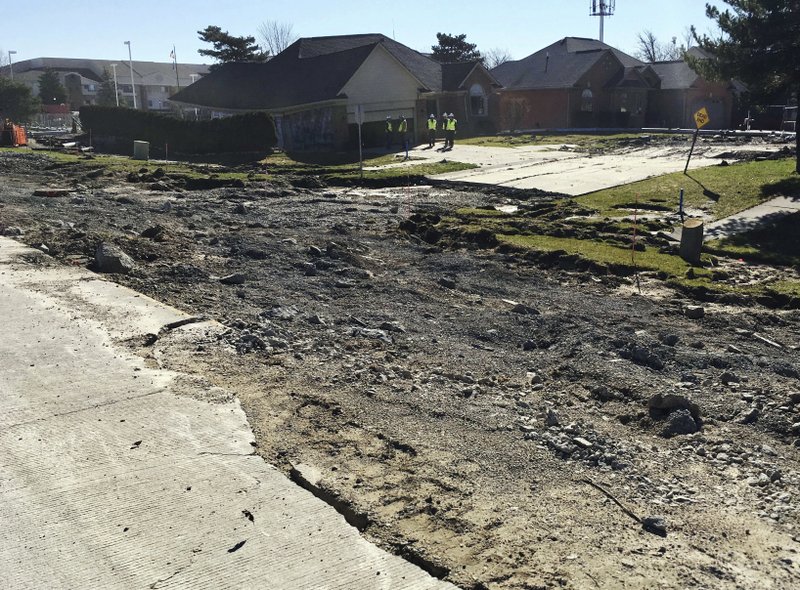 On schedule and on budget.

And with any luck, sewage will be flowing in a new, large sewer line under 15 Mile in Fraser by Labor Day weekend.

That’s the word today from Macomb County Public Works Commissioner Candice Miller, whose office is overseeing the $75-million repair of the collapsed sewer line discovered Dec. 24. The collapse caused a huge sinkhole that displaced dozens of nearby residents, resulted in three houses being condemned and disrupted residents and businesses for months.

“We know that this community will never have another sinkhole,” Miller said today during a tour of the site, where 14 pieces of fiberglass-chemical polymer pipe that is supposed to last several hundred years are lined up and waiting to be installed.

Miller and other local leaders stood inside one of the 9-foot, 2 inch diameter pipes as crews behind them worked about 50 feet below ground, removing dirt and getting ever closer to exposing the old sewer line that’s 60 feet underground.

The tour was the first up-close look at the sinkhole site, which is like a big kid’s sandbox with cranes, diggers and trucks of all sizes.