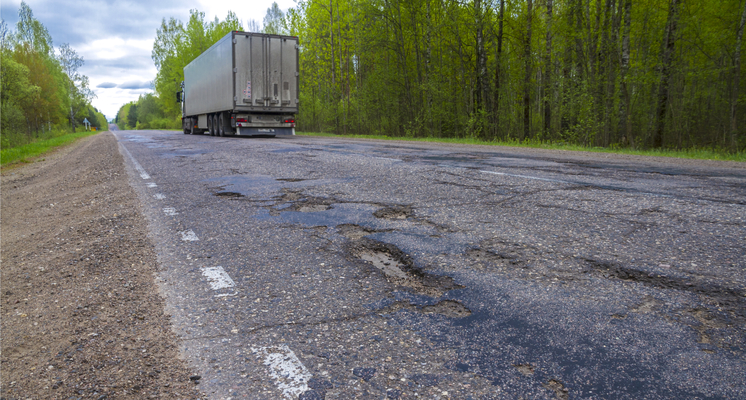 Detroit — A $1.2 billion a year infusion to fix Michigan’s aging roads and bridges won’t be enough to stop the decay over the next half-decade, according to a transportation advocacy report Tuesday.

The report conducted by TRIP, a Washington, D.C.-based national transportation advocacy research organization, looks at what has happened — and is expected to happen — with roads and bridges after lawmakers in 2015 approved expanded funding. The legislative package, which could bring as much as $4.2 billion through 2023 for road repairs, included increases in gas taxes and vehicle registration fees.

“About one in 10 bridges in Michigan are structurally deficient,” said Rocky Moretti, director of policy and research for TRIP.

When the transportation funding package was approved, “legislative leaders acknowledged it was a good start toward addressing some of the needs in Michigan’s road and bridge system but not all of them,” said Michigan Department of Transportation spokeswoman Diane Cross.

The extra spending will help slow the decline but not reverse it, Cross added.

“We are not delaying projects, but there are many projects we’ve identified on our system statewide, we don’t yet have the resources we need to address them,” she said. “The funding package will mean we’ll be able to address more needs than we could before, but there remains many more that will need to wait.

“We’ll continue to do the best we can with available funding, and keep our roads and bridges in as good condition as possible.”

In Metro Detroit, unfunded projects include the reconstruction of Interstate 94 from I-96 to Wyoming for $110.5 million; resurfacing of M-10 from Griswold to M-3 for $15.8 million; and reconstruction of U.S. 12 from Rosa Parks to Cass for $14.8 million.

“If anyone deserves the blame for Michigan’s unsafe roads and bridges, it’s Gov. (Rick) Snyder and Lansing Republicans,” said Ron Bieber, president of the Michigan AFL-CIO. “The roads package they passed two years ago made it more expensive to own a car by raising taxes and fees on working families, but didn’t require corporations to pay a single penny more to fix our crumbling infrastructure.”

Businesses were not exempted in the legislation from paying for the gas tax and vehicle registration fee increases. But unions and Democratic lawmakers wanted corporations to contribute more in tax revenue.

Bieber said how road repairs are funded needs to change.

“If this report tells us anything, it’s that Michigan needs real solutions to fix our roads, not more gimmicks, and we can’t force regular families to shoulder the burden alone,” he said.

“The governor has remained committed to improving our roads and bridges, including showing action just yesterday on a new asset management program that will make more efficient investments in transportation going forward,” she said.

Dennis Kolar, managing director of the Road Commission for Oakland County, said Michigan hasn’t invested in its roads like other states.

“The increase in funding in 2015 stopped the bleeding from a local perspective, but about 80 percent of Michigan’s county roads are in fair or poor condition,” Kolar said.

“We are making progress, but not as fast as we would like.”

Brad Williams, vice president of government relations for the Detroit Regional Chamber, said the business community has been focused on transportation needs for decades.

“We still have a long way to go because we all know the condition of our roads is severely damaging our ability to progress economically,” Williams said. “While we made a down payment two years ago, our infrastructure requires more funding.”

“I was out with friends for the evening having dinner in downtown Detroit, and we decided to stop by Winterfest afterward,” Hiltz said. “Then I was headed home down I-94 and ended up having to get two new tires and a rim on a new car because of a pothole.”

Hiltz said it was dark and she did not see the pothole.