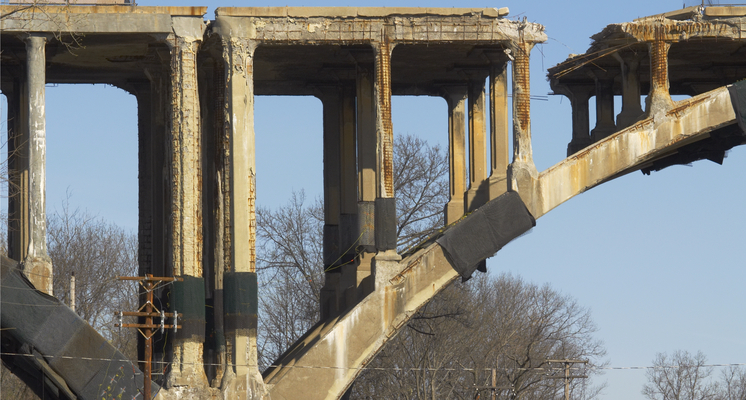 A new report released Wednesday shows hundreds of the state’s bridges are falling apart, as Michigan’s infrastructure continues to be a growing concern. In their annual 2017 report they released Wednesday, the American Road and Transportation Builders Association says that over 1200 bridges in Michigan are “structurally deficient.” According to the report, structurally deficient “means one or more of the key bridge elements, such as the deck, superstructure or substructure, is considered to be in “poor” or worse condition.”

The report says 11 percent of all bridges in Michigan fall into that category, and Michigan ranks 16th in the nation in the number of structurally deficient bridges.

Lance Binoniemi, the Vice President of Government Affairs at the Michigan Infrastructure and Transportation Association says, he isn’t shocked by the report.

“I mean we’ve always been concerned about our bridges and we’ve had a few that we’ve had to put in temporary structures in to secure them, so it doesn’t surprise me that we are ranking 16th in the country when we spend so little on our roads and bridges in general,” Binoniemi said.

However, in 2015 Gov. Rick Snyder signed a $1.2-billion road funding package that raised fuel taxes and registration fees and also takes $600 million a year from the state’s general fund to fix and maintain Michigan’s crumbling roads and bridges. But that will take time to manifest, Binoniemi says.