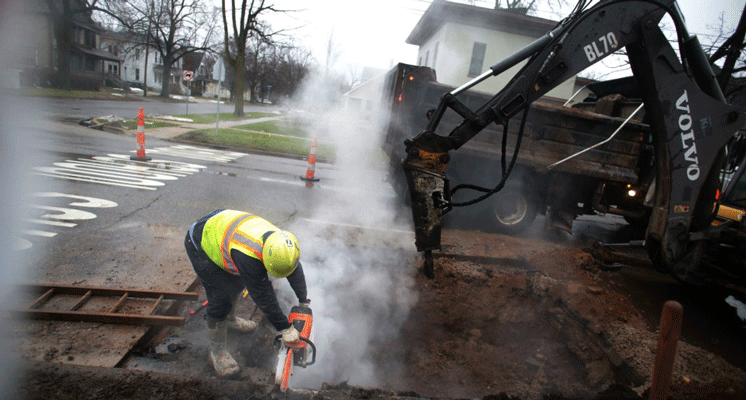 What’s in your water?

If you’re on city water in Kalamazoo, a 187-page report on the public water supply system provides the answer. While the Department of Public Services remains compliant with federal and state regulations, the report shows its efforts to replace service lines composed of lead and identify thousands of pipes that contain unknown materials.

Though there is no detectable lead in the city’s water supply system when it leaves 16 pumping stations, small amounts of lead can dissolve into drinking water if it sits for several hours in plumbing fixtures containing the toxic element. Roughly 130,000 people are hooked up to the system.

The city replaced 120 lead service lines in 2016, however, at least 2,917 still remain. According to the report, 7,308 lines connecting customers to the city water main are unidentified, meaning the city doesn’t know what they are made out of.