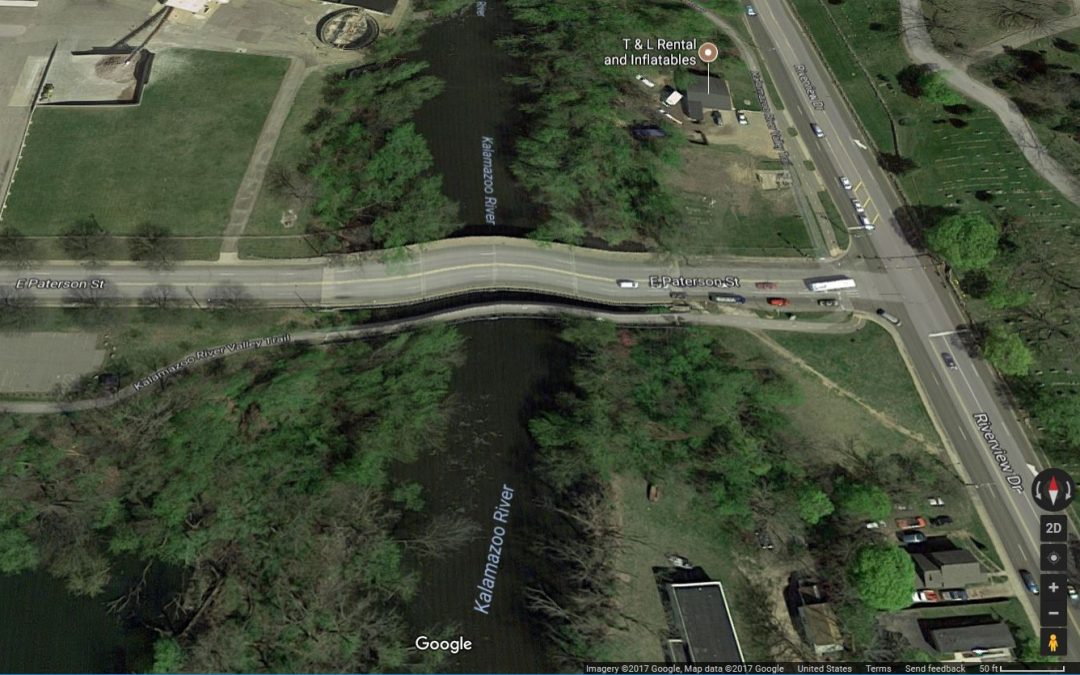 KALAMAZOO, MI – Maintenance work on the Paterson Street Bridge is being postponed until spring of 2018, according to the Kalamazoo Department of Public Works.

That means the structure, located on East Paterson Street between Harrison Street and Riverview Drive in the city’s Northside Neighborhood, will not be closed during the coming weeks.

City officials had announced this past week that the bridge would be closed for three weeks while repair work was done to fix fragmenting concrete and damage that has resulted from corrosion and weather.

On Friday, James Baker, director of public services for the city of Kalamazoo, said advancing winter weather has caused the work be postponed.

“It’s pretty late in the construction season,” he said.