Progress made on bridge project 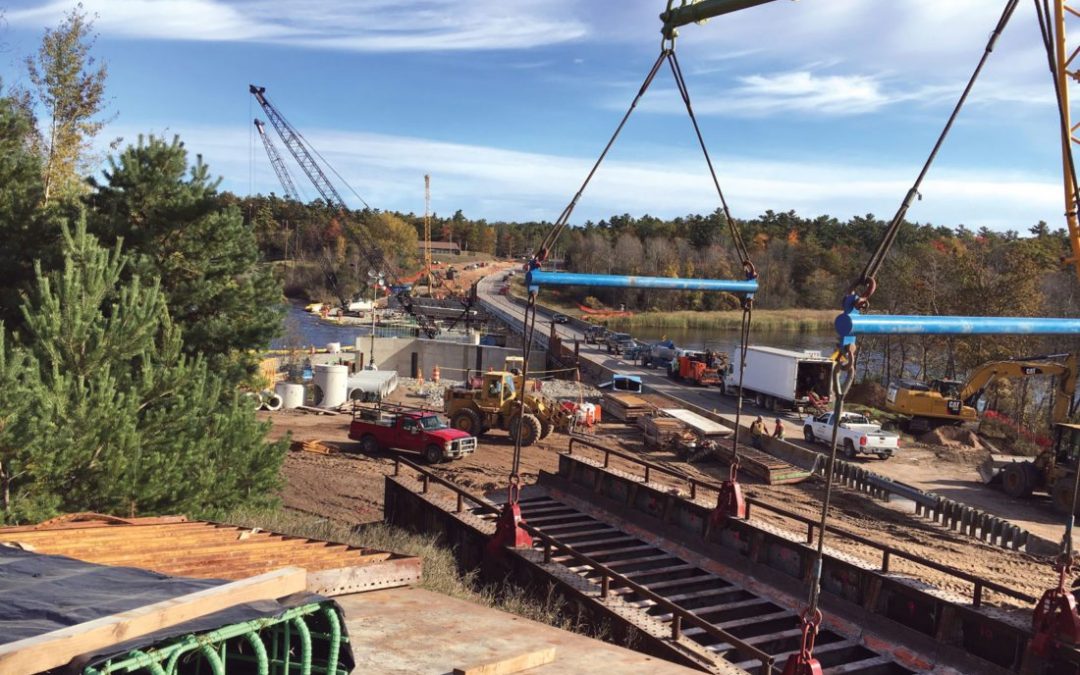 WELLS — The recent closure of the U.S. 2 and 41 bridge over the Escanaba River by the Michigan Department of Transportation (MDOT) went well, MDOT Communications Representative for the Superior Region Dan Weingarten said. The closure lasted from Oct. 16-20.

The closure took place to allow for the removal of the old E&LS Railroad bridge. According to Weingarten, there were no major problems with this process.

“The old … bridge has been removed,” he said. The railroad bridge’s abutments have been demolished, and this bridge will be refurbished and used elsewhere.

As was the case for the Escanaba River bridge’s first closure, the bridge re-opened to traffic slightly ahead of schedule.

“The roadway re-opened at 4:30 (Friday) morning,” Weingarten said. Initially, the bridge’s re-opening had been scheduled for 6 a.m. that day.