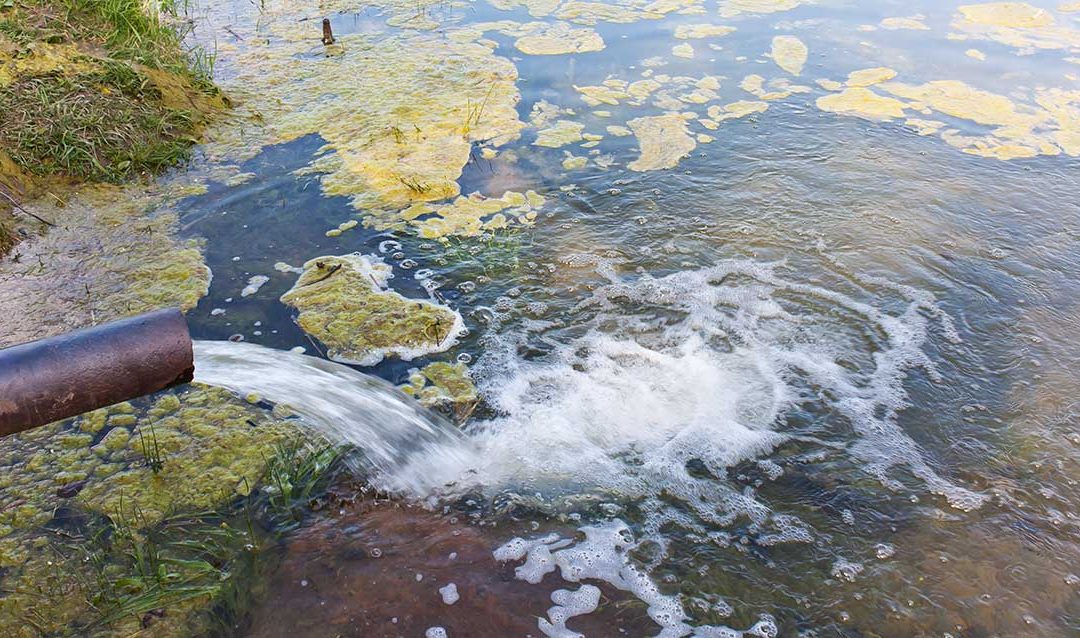 A sewage lagoon for Sunset Ridge mobile homes near Portland dumped 2.5 million gallons of partially treated sewage into the Grand River between June 30 and July 2.

It wasn’t a planned dump. A report to the Michigan Department of Environmental Quality by Infrastructure Alternatives Inc, a third party that runs the lagoon for the mobile home park, described it as a “miscommunication/oversight between contractor and waste water operator.”

“A newly constructed lagoon was brought online Friday afternoon,” the report, which was provided to 24 Hour News 8 by the contractor, continues. “By all accounts, the discharge valves for this new structure were closed. The operator for the system stopped by at 12:00pm on Saturday (6/30/18) to check the facility and all was well with no discharge. However, the operator was notified the morning of 7/2/18 that the new lagoon was discharging into the river. Discharge valve was closed on new structure at 11:30am and discharge was stopped.”

The nearby city of Portland says officials found out about the dump through a newspaper article. For incidents like this, the company was required by the DEQ to notify a local newspaper, the county health department and the DEQ itself. The city says it should have gotten word, too.

“Sunset Ridge is situated outside of the city limits, in the township. The discharge point is in the city limits and that amount of discharge is going to flow through the city,” City Manager Tutt Gorman told 24 Hour News 8 Wednesday.

He’s concerned about when the discharge happened.

“It took place right before the Fourth of July weekend. We know there is going to be heavy traffic and people in the river,” Gorman said. “If you talk to most people, I doubt they would have made the jump into the river with their children.”

The water was tested for E. coli July 2 and the results showed everything was OK.

Still, on the Portland community Facebook page, residents had plenty to say about the incident, with several people saying they were disgusted.

On Wednesday, Gorman said the mobile home park had still not reached out to the city.

“It’s important that you have full transparency, you keep the public informed,” he said. “Certainly being the ‘City of Two Rivers,’ protecting our waterways is job one and we want to make sure we protect the environment.”

The DEQ will decide what happens next.