The price of potholes: Bad roads good news for tire shops but millstone for business, workers 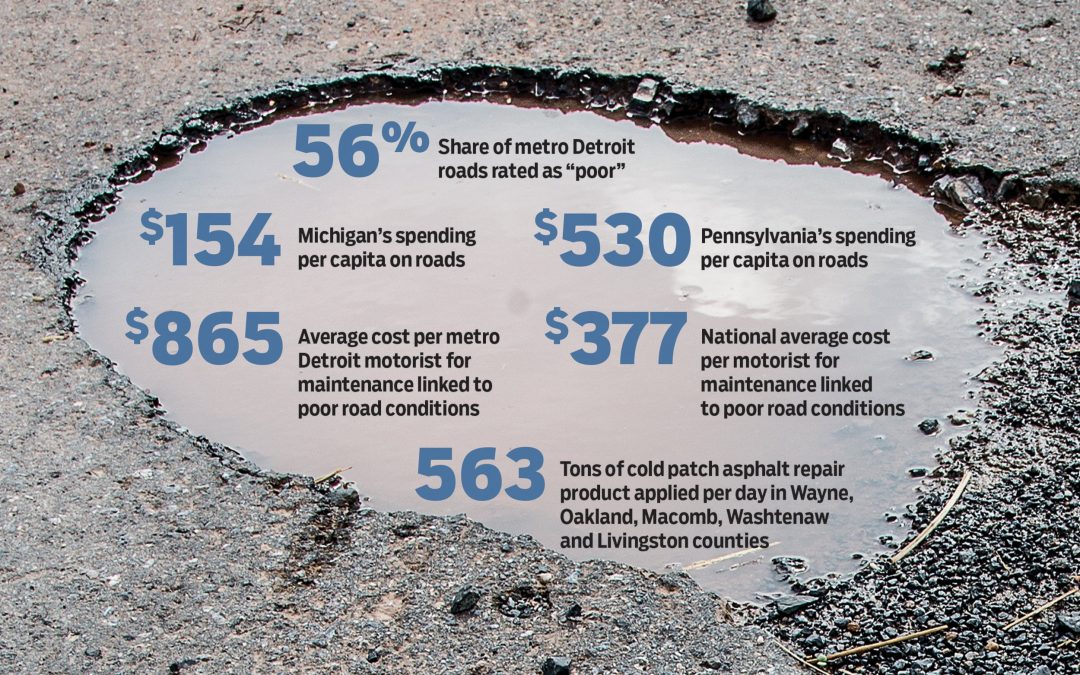 For the Detroit’s Sucher Tire Services Inc., it’s the best of times. The 96-year old business is serving more clients than it has in 30 years thanks to metro Detroit’s early start to “pothole season.”

For those not in the repair business, Michigan’s crumbling roads are deflating — and costly — to the tune of an average of $865 per motorist, according to transportation research firm TRIP, in annual repairs, an economic millstone for residents and businesses in a state that spends only $154 per person per year on roads.

Roughly 56 percent of the metro region’s roads and highways are rated as poor by the U.S. Department of Transportation, ranking only behind earthquake-prone San Francisco, Los Angeles and San Jose.