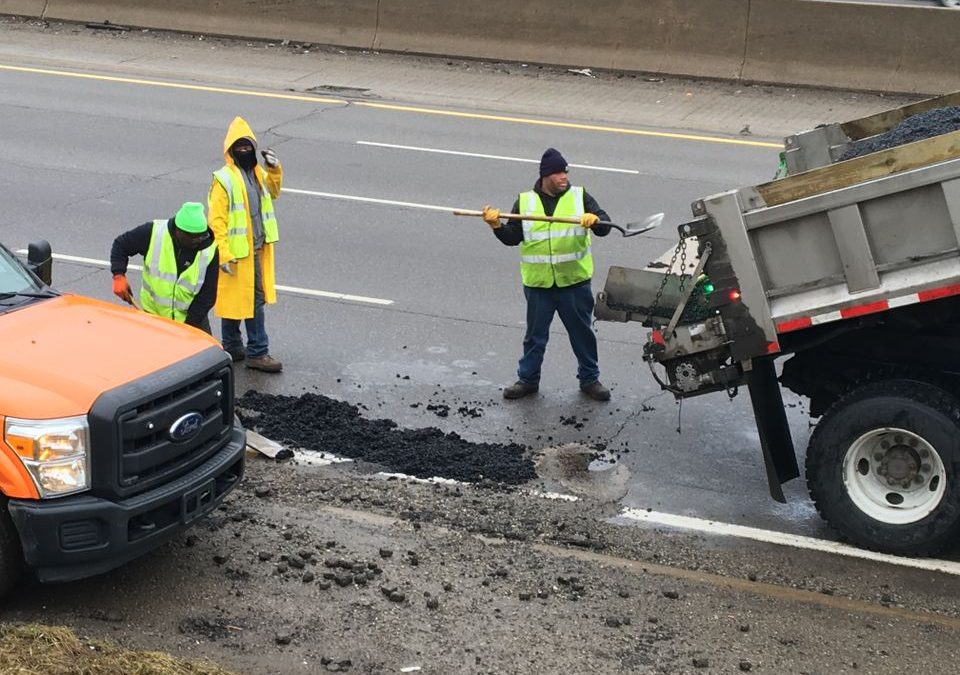 So many vehicles became disabled by unavoidable tire-hungry road craters along Interstate 75 in the area of McNichols in Detroit on Thursday, that Detroit Police Chief James Craig ordered a section of the highway shut down.

The highway was reopened Friday after some overnight patchwork, but road crews working for the Michigan Department of Transportation, the agency that manages Michigan highways, were still out on Friday afternoon in orange dump trucks and pickups, rolling along I-75 with rakes and shovels while filling and refilling the more treacherous divots.

A fatal crash near McGraw Avenue and Martin Road in Detroit on Tuesday, which killed a 22-year-old man, was initially blamed on a pothole. Detroit police later said there was no evidence the driver struck a pothole before crashing.