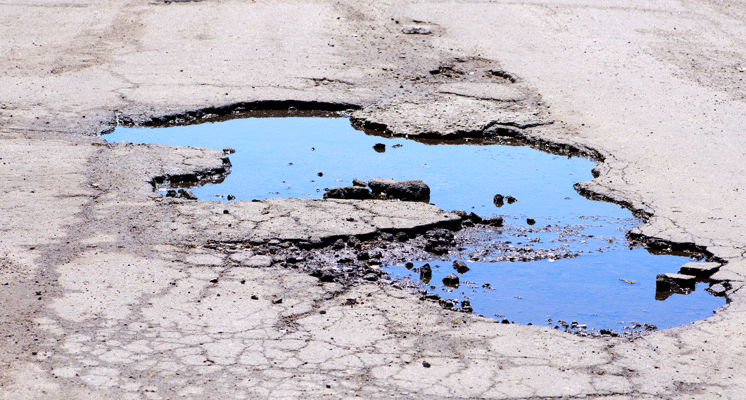 Chances are you’ve become familiar with the rattling noise of your car rumbling down Michigan roads. Pothole season came early this year thanks to a temporary thaw.

Riddick has cracked a rim on a bad pothole before. She said it’s a nightmare that has her dodging potholes whenever she can, an exercise that can prove futile on some days as the roads seem to be covered  by more and more potholes by the day.

“It wasn’t like this a month ago,” said Riddick. “It’s been terrible, just driving home is a stress.”

Over at Restock Wheels in Southfield the work to repair bent, busted and cracked rims is an ongoing battle.

Paul Kokx, the owner of the business, said that the bulk of his business is typically in early Spring; however, they’ve noticed an uptick in customers.

One person in his waiting room on Monday was a repeat customer. He bent his rear tire wheel on a pothole in Farmington last week. He hit the same pothole and mangled his front rim this week.