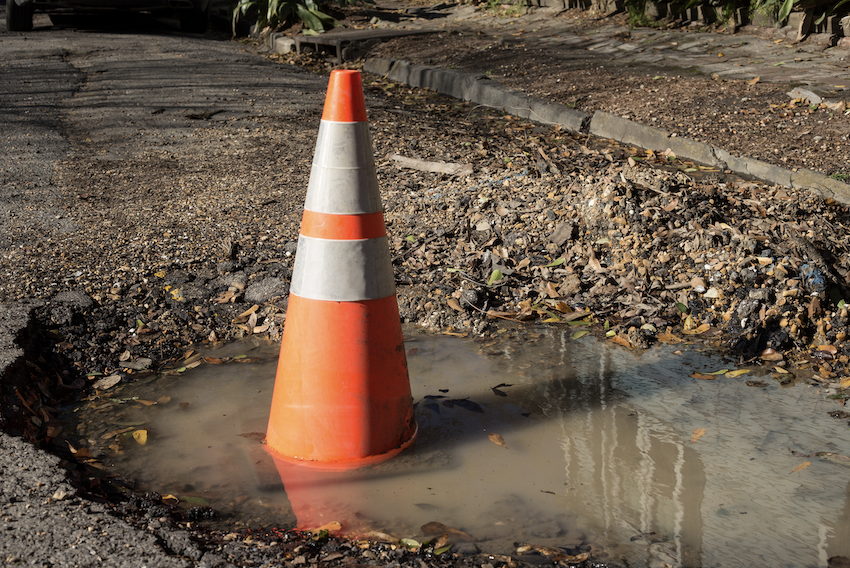 LANSING, Mich. (WLNS) — While many people love when the cold weather turns warm, the vehicles and the roads do not.

“It’s seasonal,” said Chris Feneis, the service manager at Tuffy in Frandor. “We see more of it during the spring than any time of the year.”

The sudden change in weather causes the ground to expand and contract, which forces breaks in the road, leading to potholes. Potholes can be frustrating for Michigan drivers, but more than that, they can be dangerous.

“If you hit a pothole and blow a tire, one you can get in an accident and you can hurt yourself or someone else,” Feneis said. “And then obviously, (you can do) damage to the car), but the big thing is the accident.”

The Michigan Department of Transportation spends much of its time in the spring attending to potholes all over Michigan and asks everybody to do their part in helping identify them.

“We actually have a report a pothole website that people can go onto,” said Gregg Brunner, the Field Services Director for the Michigan Department of Transportation. “It identifies which route locations and as they come in we can take care of a lot of potholes people are seeing on those roadways.”

There’s multiple ways to fix potholes, but the most common is called a cold patch, which is just a quick fix solution. But in Jackson county, they are implementing a few more innovative options to try and fend off this consistent problem.

“We recycle old asphalt and use a special machine…it makes hot mix in the middle of winter,” said Chris Bolt, the Director of Jackson County Department of Transportation. “We also use a robotic pothole patching machine … we’re the only owners in Michigan and possibly the Midwest. It has a robotic arm that blows out holes and can feed out material into the hole as it’s blown out and then level out and compact it.”

Feneis from Tuffy says he’s seen damage from potholes cause anywhere between hundreds and thousands of dollars and cautions everybody to always keep their eyes on the road during this time of year.

This article appeared in WLNS, for more, click here.