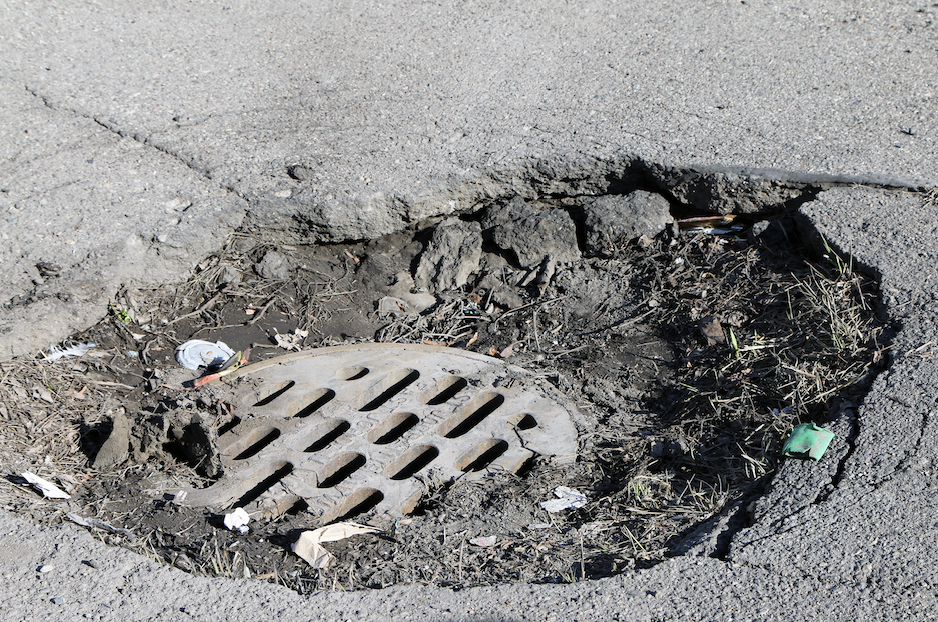 (WXYZ) — Potholes are showing up all over metro Detroit and we are taking a look at the worst of the worst.

This morning, we headed to Cherry Hill Road in Inkster between Inkster and Middlebelt after receiving a few Facebook comments about the location.

One of the comments stated: “the entire stretch of eastbound Cherry Hill between Middlebelt and Inkster roads. Like a mine field this time every year!”

When we arrived, it wasn’t hard to find people to talk about the road conditions.

“Full of potholes, bad ride, bumpy, and it has been like that for a while, they seem to get the other roads around but they haven’t messed with that,” said John Furmanski, who lives nearby.

Joseph Walker also lives around the area: “I actually grew up down the street … it has been like this for a while.”

The good news: Wayne County says this section of roadway is set to be repaved this year as soon as the weather warms up.

Furmanski says a pothole damaged his car just six months ago: “suspension though, my truck the skid plate, had to get that replaced. Thankfully I didn’t have to pay for it because it is covered under the lease.”

But other people I’ve spoken to while on pothole patrol haven’t been so lucky.

“The first time it cost me like 120, or something like that, but the second time, they kind of gave me a deal so it was a little under 100 bucks,” said Jackson. “But that was extra out of my pocked that I could have used for something else.”

There is a way to file a claim to get your money back.

Drivers can file a claim with the Michigan Department of Transportation for state routes or with Wayne, Macomb and Oakland counties for county roads.

But getting that claim approved is a different story.

“The counties and the state all impose the same requirement that you have to show three things, first that the pothole was there and not in reasonable repair, that it was there for 30 days, and that the state could have repaired it,” said Clarence Dass, attorney at the Dass Law Firm.

Dass tells me proving these three things is incredibly difficult. That’s why it doesn’t happen often.

According to MDOT’s website, most are denied because of government immunity laws.

“Most of the time you can’t prove it, you don’t know that the pothole was there for 30 days and often times in our wonderful state of michigan potholes aren’t there for 30 days, they might be there for two days or the day before the day that you are there,” said Dass.

If you do feel like you have a case— make sure you gather plenty of evidence, taking a lot of pictures and working fast.

“File the application as quickly as possible and document everything because that is the only way you will survive a claim,” said Dass.

Claims against the state can be filed up to a thousand dollars — anything over that will call for a lawsuit.

This article appeared in WXYZ, for more, click here.