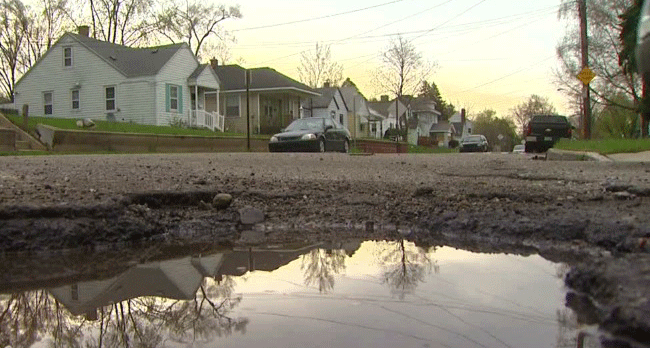 Nearly 31 percent of voters said fixing the state’s infrastructure is the top problem facing Michigan, followed by improving the quality of education at 19 percent, and improving the economy and creating more jobs at 13 percent (the survey questions are on page 2 of this release). The statewide survey of 600 Michigan voters was conducted Jan. 30 to Feb. 2 and has an error margin of +4 percent. The questions were tested for FixMIState, a campaign led by the Michigan Infrastructure & Transportation Association (MITA) to build awareness of Michigan’s aging, crumbling and failing infrastructure systems. For more about Michigan’s unmet infrastructure needs, visit FixMIState.org.

The survey found that fixing Michigan’s infrastructure is the top concern of voters in all geographic regions of the state; at all income levels; in all age groups; among those with and without college degrees; among men and women; among Republicans, Democrats and Independents; among all religious groups; for voters with and without a union member in their household; among voters who support and oppose the Tea Party; and voters who do and don’t have children in their households.

The EPIC-MRA survey for FixMIState also found that Michigan voters are most concerned about how failing infrastructure can harm community drinking water systems, reduce safety for motorists on roads and bridges, and contaminate the state’s rivers and lakes.

“The survey confirms that voters are united on, and growing even more concerned about, the need to fix Michigan’s aging infrastructure,” said MITA Executive Vice President Mike Nystrom. “The state’s unmet infrastructure needs are massive, and it’s going to take decades and a substantial increase in public investment to fix the problems. At MITA we will continue to work toward a solution with state and local elected leaders. Voters clearly understand that continuing to ignore the problem means a future of more infrastructure crises that put our public health and safety and our economy at risk.”

Two recent studies concluded that Michigan must invest $4 billion more a year for many years to come to fix the state’s aging and failing infrastructure systems. The first study was issued in December by Gov. Rick Snyder’s 21st Century Infrastructure Commission, and the second was issued in January by Business Leaders for Michigan.