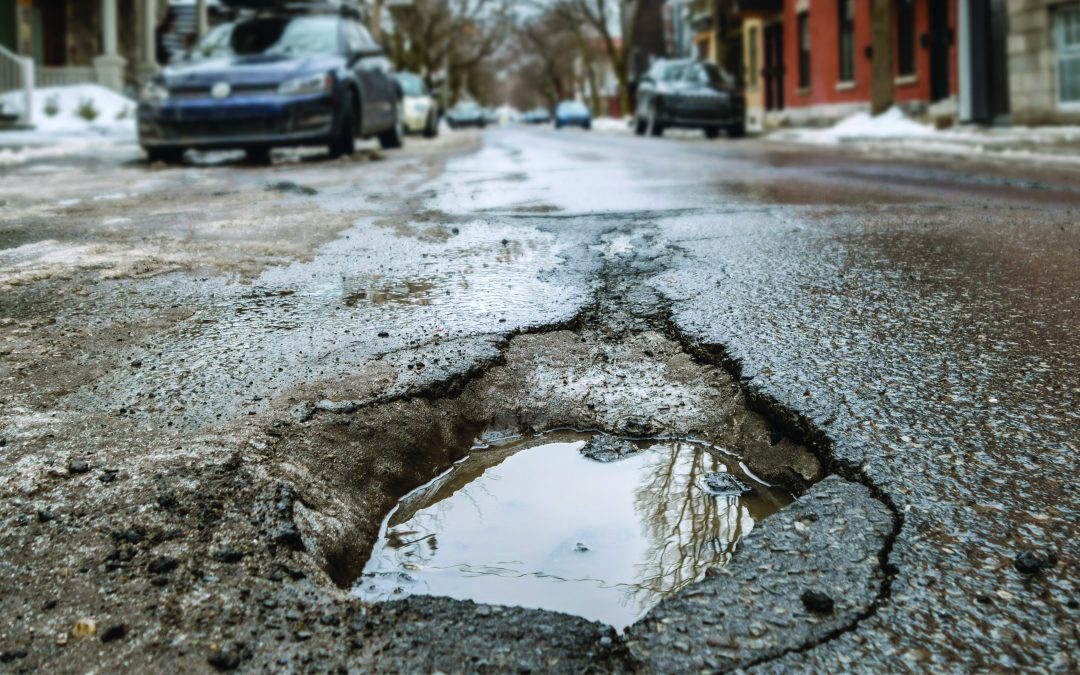 Neighbors said they warned officials in Muskegon Heights about a dangerously deep pothole at the corner of Waalkes Street and Lincoln Avenue three months ago.

“I told the police if you don’t fix that hole somebody is going to get hurt,” said James Harris, who lives on the corner.

It’s the same pothole that caught the front wheel of a pickup truck this week. Driver Michael Whitehurst said he didn’t see the deep depression in the pavement until it was too late.

“I fell right into that hole, didn’t even see it was there,” he said.

“I couldn’t get out of it. We had another guy came with a bigger jack and got me up out of there.”

Whitehurst shared a picture of his wheel in the pothole a foot down below the surface and it is getting a lot of attention on social media.

Post by badcocks.hesselink.
Since then city workers have patched some of the smaller potholes in the vicinity and placed a tall orange barrel over the big one.

“Throwing a little patch over it is not going to work,” said Deborah Whitehead. “That’s deep.”

Once it was jacked up out of the hole Michael Whitehurst said he was able to drive the truck to his nearby home, but says he won’t know the extent of the damage until it’s inspected by a mechanic

Last year Muskegon Heights voters approved a road repair millage but fixing the potholes and repaving the streets is a long-term project.