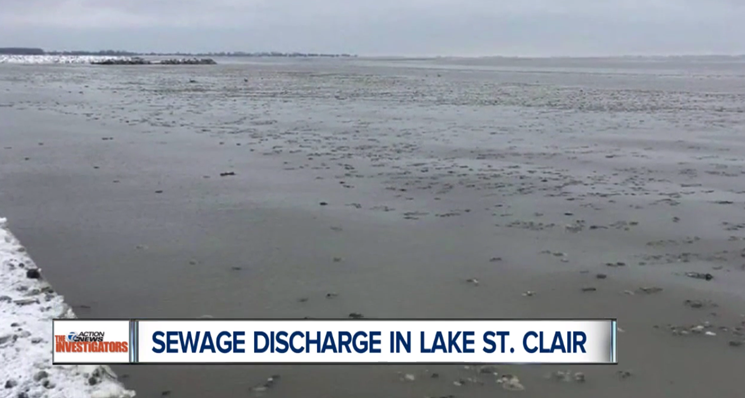 (WXYZ) – It’s an image of Lake St. Clair like you’ve never seen it before: a photograph, posted to the “Save Lake St. Clair” Facebook page, shows what appears to be brown solids and white toilet paper among other things floating freely in the water along the shoreline.

Macomb County Public Works Commissioner Candice Miller is not surprised, after 13 million gallons of raw sewage were discharged the day after Christmas because of the Fraser sinkhole.

Mike Gutow runs the Facebook page and says the picture has gotten thousands of people involved in the cause.

He also posted a live Facebook video where he showed how legacy discharges continue to be a problem. New discharges also have added large amounts to the muck along the lakefront.

A new lakefront homeowner, Terry Randolph, was shocked to see all of the material floating in the water and gathering on his shoreline.

Super Bowl Sunday could be critical in whether more discharges happen.

Miller says more people flush the toilet at halftime than any other time of the year.

People in 11 communities have been urged to cut back on their water use and sewage because the sinkhole is still choking the flow of sewage through the 11-foot wide interceptor. If too much sewage flows at once, they’ll have to discharge the sewage into the lake or let it flow into basements.