Opinion: To fix the damn infrastructure, we have to spend the damn money 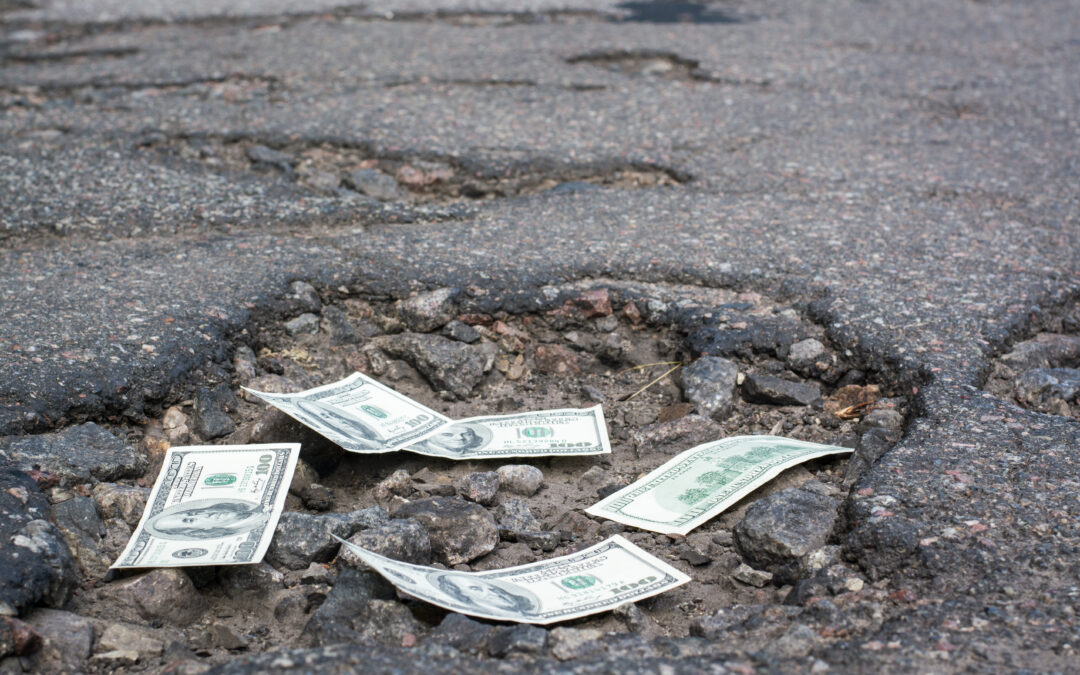 Earlier this month, Corktown resident Ely Hydes fell through a hole in the Spruce Street pedestrian bridge, plunging 15 feet to the Lodge Freeway below. Media reports show that Hydes, who landed just feet away from traffic on the roadway itself, suffered painful-looking bruises and serious lacerations.

But what do you expect, in a state where our roads and bridges are falling apart, casualties of chronic disinvestment?

The Spruce Street bridge was on the Michigan Department of Transportation’s radar, one of at least seven of Detroit’s 69 pedestrian bridges flagged for more frequent inspections. Last year, a state inspector found holes in the bridge surface and flaws in its supporting joints, and ordered an emergency repair. MDOT inspectors believed that the bridge was safe for foot traffic.

Accidents like Hydes’ are extremely rare, Chynoweth says. But, he says, it’s a big deal.

In the wrong direction
Chynoweth says he does not believe that more pedestrian bridges are on the brink of failure. Nor, he says, does he anticipate the collapse of any vehicle bridge.

But, he says, the state is headed in the wrong direction, and there’s no real course correction ahead.

“Am I concerned about bridge condition in general in this state? Yes, I am,” Chynoweth said. Of Michigan’s roughly 13,000 bridges, “we’re at about 12% poor condition. That is very concerning to me, and speaks to level of funding we have to spread over all of these bridges.”

The state’s bipartisan infrastructure bill dedicates about $563 million to vehicular and pedestrian bridges, Chynoweth said, “But we need about $3 to $3.5 billion statewide to improve the condition of our bridge network.”

Last year, the Legislature appropriated $196 million for bridges the state maintains in partnership with local governments.

“But the amount we need to fix all of the local agency bridges is $1.5 billion,” he said. “We’re very grateful, but these are fractions of what we actually need.”

That’s the story with all of Michigan’s infrastructure spending.

Gov. Gretchen Whitmer campaigned on a promise to “fix the damn roads,” but lawmakers of both parties resoundingly rejected a 45-cent-per-gallon gas tax increase the governor hoped would fund the necessary work. Whitmer sold bonds to fund about $3.5 billion in road repairs. A bipartisan deal pairing federal infrastructure dollars and spending from the state’s surplus will add $3 billion to the pot.

But it’s just not enough, and the cost of repairing our roads and bridges increases with every year of deterioration.

Walkers take a back seat
Chynoweth knows that Michiganders are tired of hearing about the importance of infrastructure investment.

“People tune out and their eyes glaze over,” he told me last week.

He’s right. But that doesn’t make the need less urgent.

Most of Detroit’s pedestrian bridges are old. Because population has shifted, they’re not always where walkers need them to be. Because so many were built before the Americans With Disabilities Act required accessibility, half don’t have curb cuts, a 2016 survey by a local research team published on Wayne State professor Alex B. Hill’s Detroitography blog found.

Hill is concerned that too many of MDOT’s resources are pegged to motorists, leaving pedestrians and cyclists out. The same survey observed that too many pedestrian bridges are havens for criminal activity, festooned with graffiti thought to be associated with gang activity, and perceived as dangerous by the pedestrians for whom they may be the sole route from point A to point B.

Changing any of that takes money. Dedicating money to infrastructure takes political and popular will.

We’re not there yet.