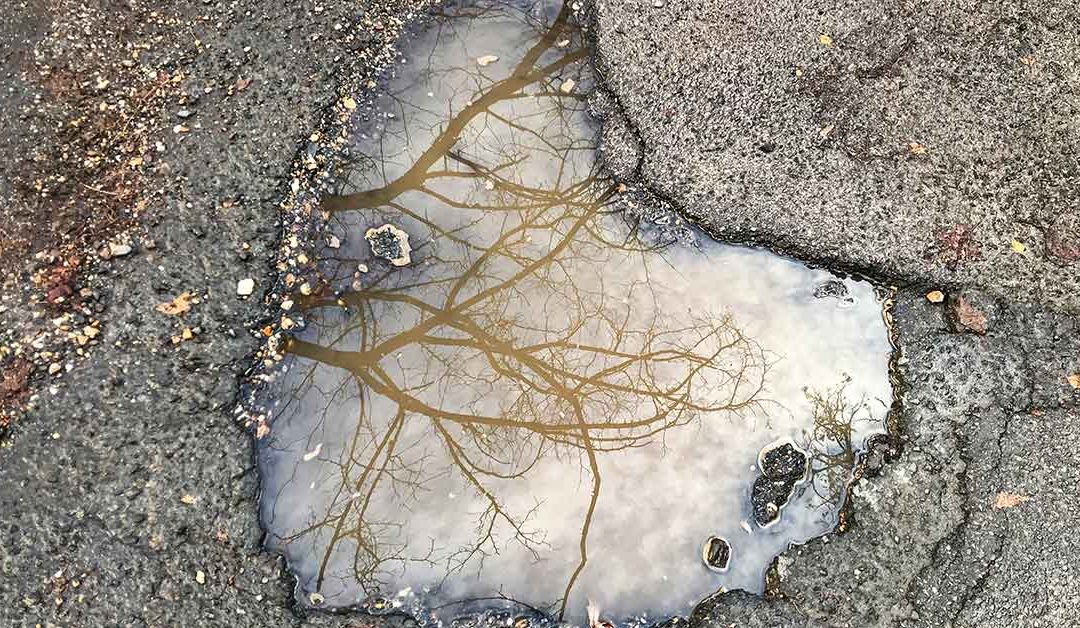 The pothole problem in Northville Township has sprouted in a new way – literally.

At least one disgruntled resident planted a small tree in a pothole on Sunnydale Lane, complete with notes reading “Fix Damn Potholes” and “I’m not drunk driving, I’m dodging potholes,” according to a report from WXYZ-TV (Channel 7).

The township’s roads are managed by Wayne County, where 34.9 percent of all roads are rated in “poor” condition, according to a Free Press investigation from March. The county says potholes should be reported to the toll-free 1-888-ROAD-CREW and that if your vehicle is damaged by a pothole, you can file a damage claim here.

It is unclear if the pothole in question was reported to the county.

Northville’s pothole tree is the latest in a string of similar protests in Michigan and across North America over shoddy roads.

In August, residents of a Toronto neighborhood planted a tomato garden in a sinkhole on their street.

And in 2015, Hamtramck experienced a wave of vigilante pothole-fillers, including one pair who filled 50 potholes with flowers.