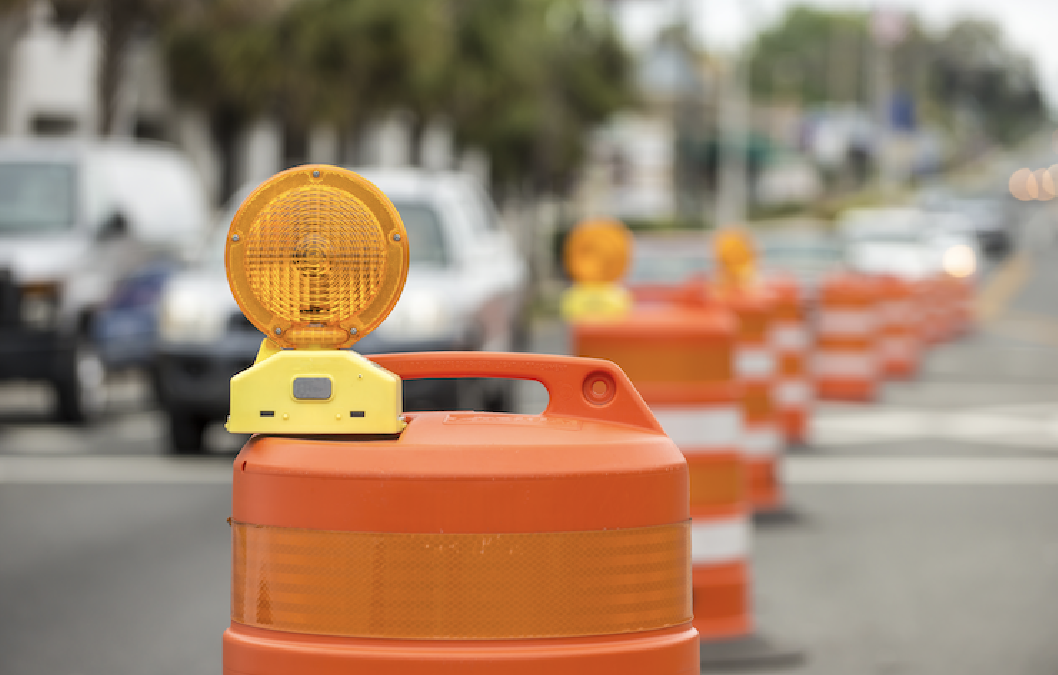 Fixing Michigan roads and bridges is a major focus of a nearly $70-billion 2022 state budget expected to pass the Legislature and be sent to Gov. Gretchen Whitmer this week, officials said Tuesday.

And the spending plan includes more than $1 billion to expand child care in Michigan, much of it funded with federal coronavirus relief money.

Lawmakers, who must pass a budget by Oct. 1 or face a partial state government shutdown, released proposed budgets for state agencies and higher education Tuesday afternoon after GOP leaders reached an agreement with the Whitmer administration late last week. The Legislature passed, and Whitmer signed into law, the $17-billion K-12 school aid budget much earlier, in July.

A large hole in the road forced authorities to close a portion of U.S. 2 in Manistique, Michigan in 2019. Fixing roads and bridges is a maajor focus of a budget deal reached for 2022, said Gov. Gretchen Whitmer.

Though officials described the budget agreement as bipartisan and historic, it leaves them with plenty of more work to do.

Assuming Tuesday’s bills are passed this week, as expected, that will leave about $7.5 billion in federal relief money still to be appropriated, said Kurt Weiss, a spokesman for the State Budget Office. That money, mostly allocated to Michigan under President Joe Biden’s American Rescue plan, will be appropriated through supplemental spending bills that are still pending, Weiss said.

And there could be still more money coming for Michigan, as Biden continues to try to get a $1-trillion infrastructure bill through Congress.

The bills were approved Tuesday by conference committees with representatives from both parties in both chambers, meaning they go next to the House and Senate for up-and-down votes, with no amendments offered.

Proposed spending in the 2022 budget includes:

The crumbling Miller Road bridge that is crucial to the Ford Rouge Plant in Dearborn would be among the projects funded in the 2022 budget, Whitmer spokesman Bobby Leddy said. But a figure for total capital spending on roads and bridges in 2022 and details on which other local bridges and dams are targeted for repair were not immediately available.

Whitmer said in a news release that funds also are allocated in the budget to improve water infrastructure around the state and to help local communities recover from recent flooding.

“Supporting thousands of good-paying jobs, fixing crumbling roads and bridges, and ensuring everyone’s safety on the road has been one of my top priorities since day one,” Whitmer said.

“More good news for infrastructure is on the horizon as we will continue in this spirit of collaboration and work together to invest the billions in federal dollars we have from the American Rescue Plan and the billions more we are expected to receive from the bipartisan federal infrastructure bill. Let’s keep fixing the damn roads together.”

Sen. Jim Stamas, R-Midland, chairman of the Senate Appropriations Committee, said the budget agreement is “a statement of our priorities … to continue to move Michigan forward and to provide for each of us the opportunity to succeed.”

The proposed budget has $26.8 billion in state funding, with $11.8 billion of that coming from the general fund, which is the state’s main checking account. Once federal funds and state restricted funds are included, proposed spending totals nearly $70 billion.

State Budget Director David Massaron said the budget “will help Michigan emerge as an even stronger state and it provides the type of investments that will foster real and lasting improvements to support Michigan’s families and businesses.”

Capital spending on state roads and bridges was $1.6 billion in 2020 and $1.3 billion in 2019, said Jeff Cranson, a spokesman for the Michigan Department of Transportation. The current figure for 2021 is $1.3 billion, though that is expected to increase, he said. The projected 2022 figure is $3.2 billion, which includes $1.4 billion in bond proceeds, he said.

Not everyone is happy with the proposed budget.

Support workers who feed and clean up after nursing home residents, including COVID-19 patients, said they should not be excluded from the $2.35 per hour pay raise given to nurses and certified nursing assistants who work in those facilities.

“During the worst of the outbreaks in nursing homes, I was working in the COVID unit, risking my life to take care of our residents. It is unfair and unacceptable for the state to ignore the sacrifices and commitment of essential workers like me,” said Nicole Flores, a housekeeper at Hoyt Nursing and Rehab Centre in Saginaw and union steward with SEIU Healthcare Michigan.

This article originally appeared in The Detroit Free Press. For more, click here.