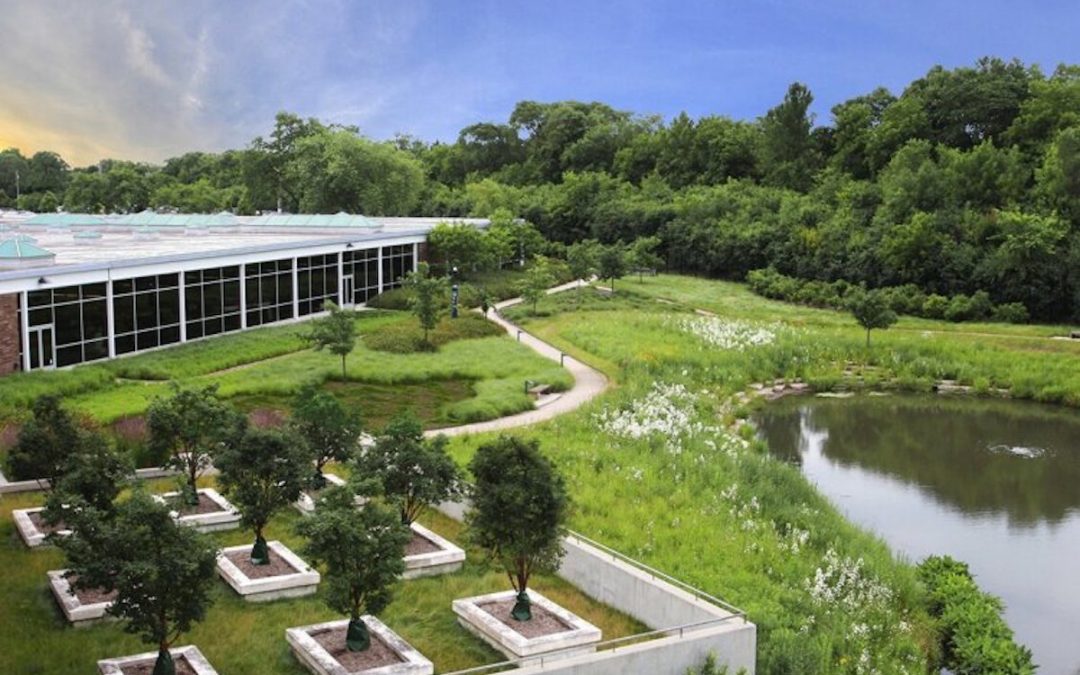 The good news is many of these challenges can be mitigated through the construction of green stormwater infrastructure–constructed wetlands, porous concrete, and bioswales that help treat stormwater and take the pressure off traditional gray infrastructure like sewers, pipes, pumps and tunnels. But communities are challenged to fund and implement projects at the scale needed to address the crisis.

These innovative concepts are increasingly taking hold in the Great Lakes region. The most notable example is in the Milwaukee area, where the Milwaukee Metropolitan Sewerage District (MMSD) recently issued a Request for Proposals (RFP) for an ambitious new public-private partnership (P3) related to the large-scale use of green stormwater infrastructure. The MMSD is a regional wastewater utility with a 411-square-mile service area serving 1.1 million people, and it has established a reputation as a national leader in sewage management.

MMSD has reduced its sewer overflows from 50-60 per year in the early 1990s to just 2.3 per year today, and has established ambitious goals for the future that include zero overflows by 2035. In that same timeframe, it also aims to capture the first half-inch of rainfall on all impervious surfaces, the equivalent of 740 million gallons of stormwater.

And its most recently issued stormwater permit sets a goal of establishing 50 million gallons’ worth of green stormwater infrastructure capacity within five years.

MMSD’s planned P3, known as Community Based Green Infrastructure (CBGI), is key to achieving those goals. The district has done P3s to construct green stormwater infrastructure in the past, but those have been structured on a project-by-project basis. The CBGI RFP seeks a single partner to create a minimum of 20 million gallons of green infrastructure-based stormwater capture capacity within three years. It also expects a reduction of capture costs below its current cost of $1.76 per gallon, and to engage at least 25% small and veteran-, women-, and minority-owned businesses.

Sanjiv Sinha, Ph.D., is a vice-president with Ann Arbor-based consulting firm Environmental Consulting & Technology, Inc. (ECT). With funding from the Great Lakes Protection Fund (GLPF), Sinha is pioneering the application of market-based business concepts to the infrastructure sector and worked extensively on analyzing market-based options for MMSD. His team recommended a community-based P3 (CBP3) for MMSD.