Nearly 20% of bridges in Ingham County are in poor condition. A fix would cost millions 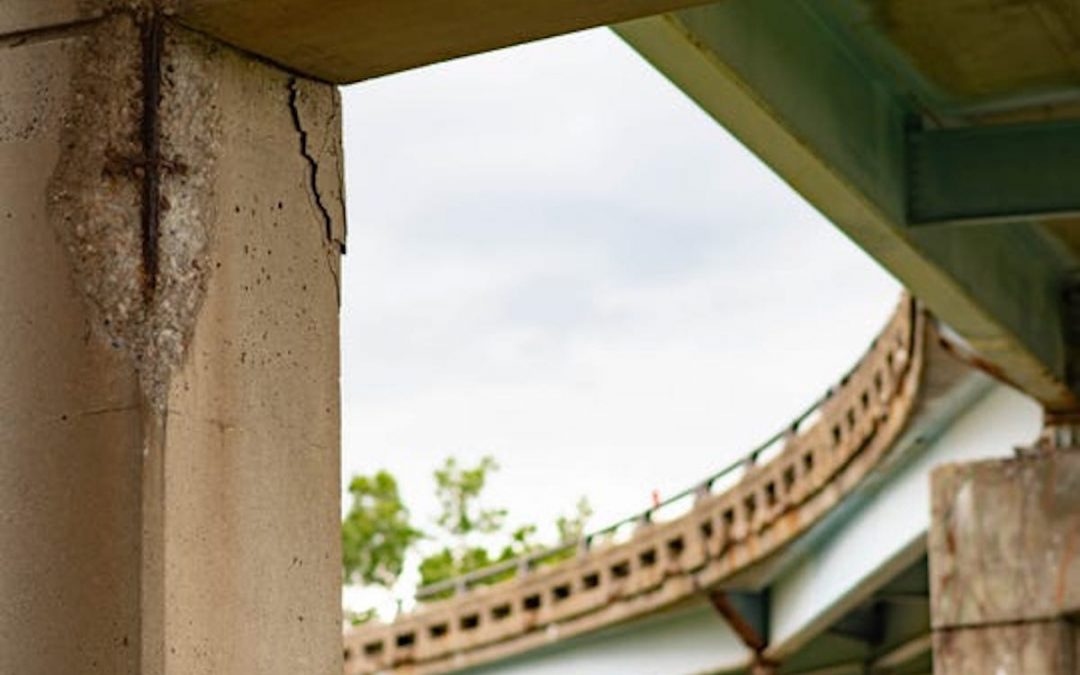 Rickety and rusted bridges are a multi-billion dollar problem and a fix could take years or even decades.

In Michigan, more than one in 10 bridges is in poor condition, meaning they’re in need of major rehabilitation or replacement, according to a rating system from National Highway Administration.

The statistics are even worse in the Lansing area. In Ingham County, nearly one in five bridges is in poor shape. One bridge, at Dietz Road over the Red Cedar River east of Williamston, has been closed entirely.

During an interview this summer, Michigan Gov. Gretchen Governor Whitmer said a bridge collapse like the one that killed 13 people in Minneapolis in 2007 is “my biggest fear as governor.”

“You see chunks of concrete that are falling from our bridges,” Whitmer told the Lansing State Journal editorial board. “You see bridges that have plywood keeping concrete from falling onto the cars that are going underneath it.”

A bridge rated poor is not necessarily unsafe

A bridge in poor condition is not necessarily dangerous, officials say.

If a bridge is open, that bridge is safe for travel, said Ron Brenke, executive director of the Michigan section of the American Society of Civil Engineers.

Most bridges must be inspected at least every two years. If the bridge has structural problems, the inspections must be more frequent.

There are 76 closed bridges throughout Michigan.

“If you’re having a heart attack and the ambulance has to drive an extra mile to get around a closed bridge, that’s a problem,” Brenke said.

Shoddy bridges are a concern even if they aren’t completely closed to traffic, Brenke said.

More than 1,000 bridges throughout Michigan, including 30 in Ingham County, have weight limits posted to keep out heavy vehicles.

And, since poor bridges are more expensive to fix than good or fair ones, Michigan’s bridges are on track to keep getting worse absent more funding. It would take $3.4 billion to fix all the bridges in poor condition throughout the state, according to the Michigan Department of Transportation.

By comparison, MDOT’s annual budget for bridge repair is about $200 million.

Across Michigan, bridges owned by local agencies, such as cities and counties, are worse than those under MDOT’s control.

Statewide, 6% of MDOT bridges are in poor shape as compared to more than 14% of the bridges controlled by local agencies.

That disparity extends to Greater Lansing.

MDOT controls 141 bridges in Ingham County, 15% of which are in poor condition. The city of Lansing owns only 19 bridges and nearly 16% of those bridges are in poor shape.

County bridges rank the worst, with 28% of the 67 bridges under the jurisdiction of the Ingham County Road Department in poor condition.

“Our needs far outweigh our funding,” Conklin said. “There’s no getting around that.”

The county would need $5.6 million more to fix bridges in poor condition that aren’t funded for future repairs, Conklin said.

This year, Ingham County plans to use $1 million from Michigan’s Local Bridge Program to replace two bridges at Olds Road in Leslie Township and a third bridge at Howell Road over Doan Creek in Williamston.

The program, funded through half a cent from Michigan’s per-gallon gas tax, requires local agencies to contribute at least 5% of construction costs.

Ingham County has applied several times and been denied each time through the state’s bridge program to fix the Dietz Road bridge that has been closed since March 2017, Conklin said.

Each year, counties and cities apply for more than $300 million from the Local Bridge Program, but the program gives out only $48 million annually.

Local communities may also use money, earmarked from the gas tax and vehicle registration fees via a state law called Public Act of 1951, for transportation needs, such as roads, bridges and ditches.

Ingham County, which maintains more than 1,200 miles of road, does not use Act 51 money for major bridge projects. Street repairs swallow up that funding, Conklin said.

“We simply can’t afford to,” Conklin said. “If we did one bridge, we’d eat up almost half our maintenance budget.”

County road commissions received a total of $900 million from Act 51 in 2017 and spent less than 5%, or $42 million, of that money on bridges, according to data from the state’s Transportation Asset Management Council.

Cities and villages received a collective $450 million and spent about 3%, or $15 million, of that funding on bridges.

Lansing plans to spend $800,000, mostly funded through Act 51, this fiscal year on major bridge repairs and about $100,000 on bridge maintenance.

The city received no funding in 2019 from the state’s Local Bridge Program, but will get $2.6 million to replace the bridge at Aurelius Road over the Grand Trunk Railroad in the coming fiscal year.

It would cost Lansing at least $4.3 million to fix unfunded vehicle bridges that are in poor condition and even more to fix unfunded pedestrian bridges, the city’s Public Service Director Andy Kilpatrick said.

Bridges take a back seat to roads

When Lansing Mayor Andy Schor, a former Democratic state representative, knocks on doors, countless constituents ask him to do something about the city’s pothole-ridden streets.

Compared to roads, bridges are an expensive fix concentrated in a relatively small area. Lansing oversees over 400 miles of roads within city limits and 19 bridges.

“Bad bridges aren’t necessarily something that you notice unless when you’re driving around,” Schor said. “Unless a bridge is closed and you can’t get to the other side of the city. If its gets that bad, then you definitely notice and you’re annoyed.”

Michigan Governor Gretchen Whitmer, a Democrat, made “Fix the damn roads” a tagline of her campaign and has since proposed raising the state’s gas tax by 45 cents total by 2021.

The plan, which faces heavy opposition from Michigan’s Republican-controlled Legislature, would put 4 cents from the increased gas tax to generate $85 million annually for a Local Agency Bridge Bundling Program.

MDOT officials say the practice of bridge bundling would save money, by allowing a contractor to combine similar bridge projects in a geographical area.

Local agencies would use money designated for the bridge bundling program to issue up to $1 billion in bonds, enough to fix the worst locally owned bridges throughout Michigan by 2025, according to MDOT.

Republican legislators haven’t publicly released details of their own transportation plan, although leaders have privately presented proposals to the governor.

Previously, Whitmer said she would not sign a budget that did not include an estimated $2.5 billion more each year for transportation, most of which would go to roads.

On Monday, she backtracked from that ultimatum, indicating she would sign a budget before an Oct. 1 deadline even it it did not mirror her plans for extra transportation funding. Such a deal would allow Michigan to avoid a partial government shutdown when the new fiscal year starts in October.

Michigan bridges are worse than nearby states

Michigan’s volatile weather does take a toll on bridges. Freeze-thaw cycles cause a bridge’s concrete elements to contract and then expand and road salt leads to rusting.

Still, 11% of Michigan bridges are “structurally deficient,” which is a higher percentage than in any neighboring state, according to federal data.

The ASCE gave Michigan bridges a “C-” on the organization’s annual infrastructure report card in 2017, which is slightly better than the “D-” given to Michigan roads.

The American Society of Civil Engineers supports dedicating more money to roads, but the association doesn’t have a position on whether that money should be raised via a gas tax or another method, said Brenke, who leads the society’s Michigan section.

“You can’t talk about this issue without talking about funding,” Brenke said. “We’ve had decades of underfunding at this point and you can’t fix a 30-year problem overnight.”