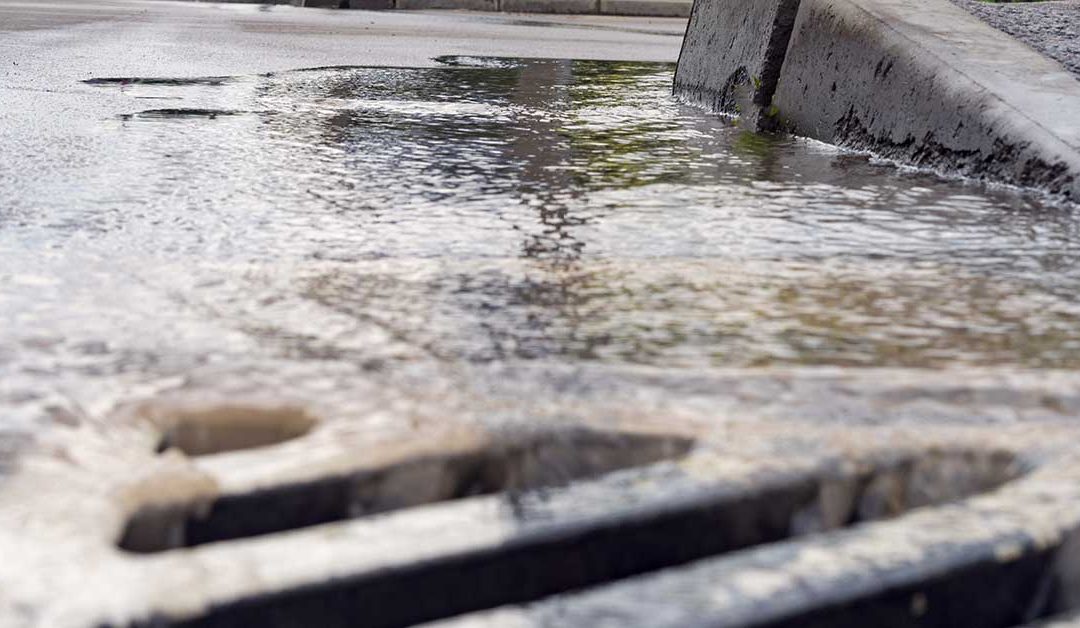 Though the study is complete with highlights of the main problems in infrastructure and different options for improvements, it will likely take about a month for city staff to come back to council with recommendation paths forward to improvements. Recommended improvements in the study for both the storm and sanitary sewer total $118 million.

The study was launched nearly a year ago to find out why homeowners outside of the floodplain experienced such significant flooding in June 2017. Study findings show the capacity of the city’s storm and sanitary sewer systems were easily exceeded during the 2017 flood for different reasons across the city. Main reasons for the city infrastructure’s poor response to the flood detailed in the study include: undersized pipes, possible blockages in the system, undersized culverts, household footing drains connected to the system, and an outdated floodplain.

The floodplain was mapped about 30-35 years ago and essentially has not been updated since, except for adding an updated aerial photograph, said Greg Kacvinsky, senior project manager at OHM.

“FEMA does not come in on their own and re-study things, it’s usually up to communities to do that on their own,” Kacvinsky said.

Redefining the flood risk could bring more homes into the floodplain, which could have negative and positive consequences, he said.

Contractors from Hubbel, Roth and Clark (HRC) and Orchard, Hiltz and McCliment (OHM) Advisors told council members about the study’s findings during the meeting on Monday, which were compiled from modeling the city’s storm and sanitary sewer systems, and collecting feedback from Midland residents affected by the flood.

Midland resident Gina Pederson thanked the council and city on Monday for the detailed study, but encouraged action as soon as possible.

Pederson moved to Midland 27 years ago with her husband and said she had 6 inches of sewage in her basement from the 2017 flood. While she appreciates the work done, Pederson said she feels like the city let her down.

“We need the infrastructure to be improved and need to believe the city council and staff are taking action,” Pederson said. “We want to help, but need to know there will be action taking place.”

“None of our houses are sellable now. We can’t leave.”

Currently, the storm sewer provides a level of service to handle a two-year storm, or a rain event that has a 50 percent chance of happening any given year. The standard level of service in most cities is to provide a level of service that can withstand a 10-year rain event. The flooding in June 2017 was an 82-year event and produced 7.5 inches of rain throughout a one-week period.

“It’s likely a new revenue source would be necessary to fund the recommendations because of the size of them,” said Greg Kacvinsky, senior project manager at OHM.

Specific areas identified for improvements include: Sturgeon Creek, which also is suspected to be where the floodplain is outdated, Kacvinsky said. Blockages also need to be addressed along Sturgeon Creek, he said. Culverts along Snake Creek have been identified that need to be enlarged. Jacob’s Drain near the Midland Mall is also suspected to have some kind of blockage, Kacvinsky said.

Priorities of improvements were based on magnitude and duration of flooding, Kacvinsky said.

“It’s a longer term project that a lot of cities tackle as roads need to be replaced,” Kacvinksy said. “The perfect time to replace an undersized storm sewer, projects can wait until the next time a road is replaced.”

Portions of the sanitary sewer system are not capable of handling a 25-year flood event, which is mandated by the state, said Tom Maxwell of HRC. Part of the problem can be contributed to household footing drains connected to the city’s system.

“Road and river flooding exacerbate the problem, as water finds its way into the sewer system,” Maxwell said.

The $38 million does not include extra costs of maintaining extra equipment that will come with improvements.

A plan for the next steps to improve the storm sewer include: identifying causes of Sturgeon Creek flooding, begin the design for Snake Creek culverts, start the systematic inspection of sewers and identify annual revenue needs and establish a revenue source.

Next steps for the sanitary sewer improvement include: expanding the flow metering program to monitor the system more accurately, and revisit annual revenue and look at adjusting rates.

The city will have access to update the modeling system used in the study if more data is collected in the future.

Ward 4 Councilman Diane Brown Wilhem took issue with the idea of studying the systems more after the study has been completed.

“There has to be a balance as we move forward, or we can spend all our money on monitoring and metrics,” Brown Wilhem said.

Ward 3 Councilman Steve Arnosky advised they keep they prioritize improvements that will keep water out of people’s homes above anything else.

“This is an ongoing conversation with lots of decisions to be made along the way,” said Mayor Maureen Donker.