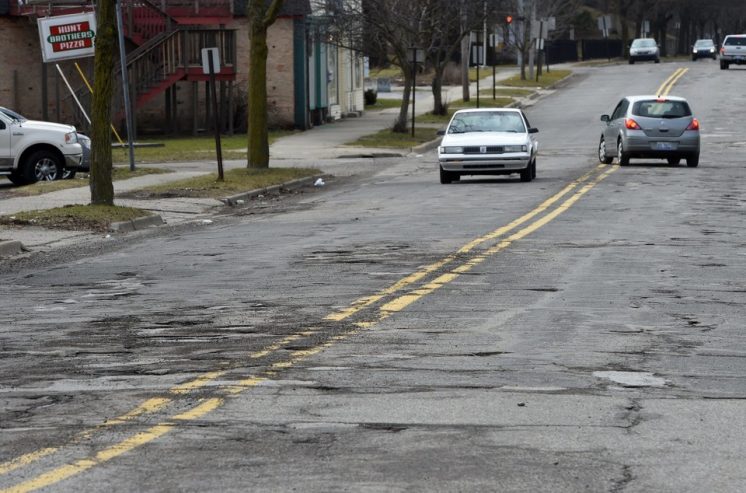 Experts are giving Michigan’s roads a poor rating going into 2018 – they’ve earned a D- grade, according to a new report released Tuesday by the American Society of Civil Engineers Michigan Section.

The report gave Michigan an overall D+ grade for its infrastructure system based on an analysis of 13 categories of the state’s infrastructure. When grading, the engineers behind the report considered eight criteria: capacity, condition, funding, future need, operation and maintenance, public safety, resilience and innovation.

ASCE-Michigan’s findings show the categories in the best repair — the state’s solid waste, navigation and aviation systems — earned a C or C+ grade, which the report classifies as mediocre or requiring attention.

But roads, as well as the state’s stormwater system, fared the worst of all in the report, earning the lowest grades of the bunch with a D-. Part of that reasoning came from the fact that 39 percent of Michigan’s 120,000 miles of roads are rated in poor condition, while another 43 percent are rated in fair condition.