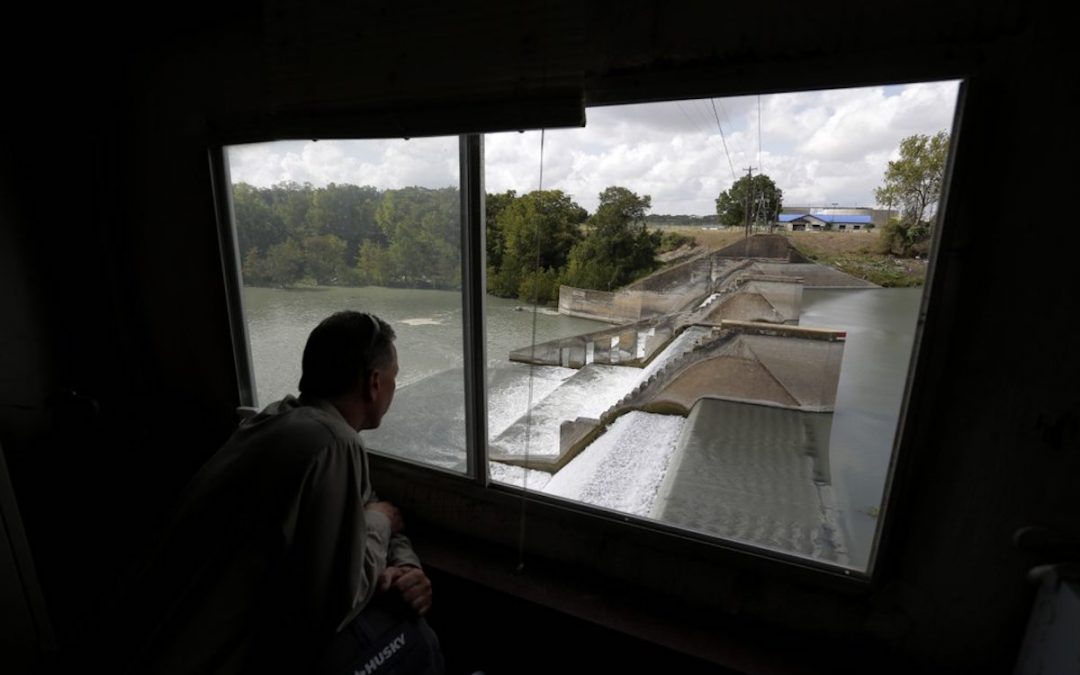 LANSING, Mich. – It’s been months since a wall of water burst through two dams, submerged mid-Michigan communities underwater, and created one of the year’s worst environmental disasters.

As a result, Michigan’s dam safety task force has taken a long hard look at its dam infrastructure and come up with a list of 86 recommendations that would improve the state’s failing barriers.

They’re not going to be cheap recommendations to make, however. And many will require the rewriting of laws that regulate ownership and maintenance in Michigan.

What prompted such an extensive review of the state’s aging infrastructure what the flood event of the year in May 2020. While extreme weather is happening with increasing frequency, the flood that swamped a mid-Michigan county and drained a 2,000-acre lake in an hour was listed as a 500-year flood.

An estimated 50,600 cubic feet of water discharged from Wixom Lake into the Tittabawassee River May 20 after a surge of rainfall from the previous weekend overloaded the Edenville Dam in Midland County. After the first dam ruptured on a Tuesday afternoon, a wall of water burst through the Sanford Dam.

By then, residents of Midland, a city of 40,000 people, had been told to evacuate or risk injury or death as the municipality was threatened with nine feet of water. By morning, a foot of water was standing next to the town hall. The roof over the Midland Area Farmers Market was just over the floodwaters.

All of this as Michigan was coming down from its first surge of COVID-19 cases that had decimated the state’s economy. Residents already struggling with a public health crisis not seen in a century were suddenly thrown into shelters with little social distancing.

Cots were put in high schools and community centers to accommodate the residents, now refugees inside their own state.

Remarkably, no one died as a result of the flooding.

But images of a dried-up terrestrial bowl emptied of 3.4 billion cubic feet of water still sent shivers through residents’ minds. “First it was COVID-19, then we get the flood, and next – where are the locusts?” asked one sheltered resident.

“This was my life’s dream, it really was,” said Rob Holder, who owned a home on the lake. “We’re just trying to not look too far out into the future if we can.”

According to the American Society of Civil Engineers (ASCE), Michigan’s dams are in fair condition, earning a C minus on their latest report card assessing the health of the state’s infrastructure.

Yet, many show signs of deterioration. According to the ASCE, there is an increasing vulnerability to risk that with an aging dam infrastructure, Michigan could see more flooding and property damage in the future.

The DSP has classifications for each of its dams; high hazard, significant hazard, and low hazard, each carrying different degrees of loss of life if the dam should fail. In Michigan, there are:

Only 70% of the high hazard dams are in satisfactory condition.

“These decades-old dams have deteriorated due to age, erosion, poor maintenance, flood damage, or antiquated design, and they are particularly vulnerable during high-water flow events,” read a report released by the MI Dam Safety Task Force.

The underinvestment – which amounts to a gap in funding of $225 million and doesn’t include the cost to remove dams – is matched by understaffing. The Dam Safety Program, which regulates over 1,000 dams in Michigan, only has one supervisor and three engineers. Another 92 dams are regulated under a federal agency.

That means for each staff member in the DSP, they oversee 342 dams.

If all those large numbers were hard to comprehend, there’s one more that people should be aware of: $420 million. That’s the estimated investment over the next 20 years Michigan will need to make to ensure its dams don’t fail again.

That might seem like a lot, but last year’s flood event created property damages of an estimated $200 million. Damages costing that high will only continue without more investment concluded the MI Dam Safety Task Force.

In the group’s report, 86 recommendations across eight categories were made that could reduce the threat. They range from creating a loan and grant program to finance dam maintenance, passing legislation that requires dam owners to meet maintenance responsibilities by acquiring and renewing a license to run the dam, allowing the DSP to initiate emergency orders that can lower lake levels without court approval, and altering the rules of dam ownership.

“Continuing the current path of underinvestment is a violation of the public trust, a path that leads to tragic losses of property and life and is ultimately more expensive to Michiganders,” read the report.

While the state could create avenues that could supply funding for improving dams, much of the responsibility for repairing privately-owned dams. That includes mandating owners provide proof they have financial support and insurance to continue safely operating the structures.

The task force also said reevaluating how the state and dam owners assess the risk each structure would better inform how much of a threat each poses to people and property. For high and significant hazard dam, independent reviews would be authorized.

This article appeared in Fox2Detroit, for more, click here.