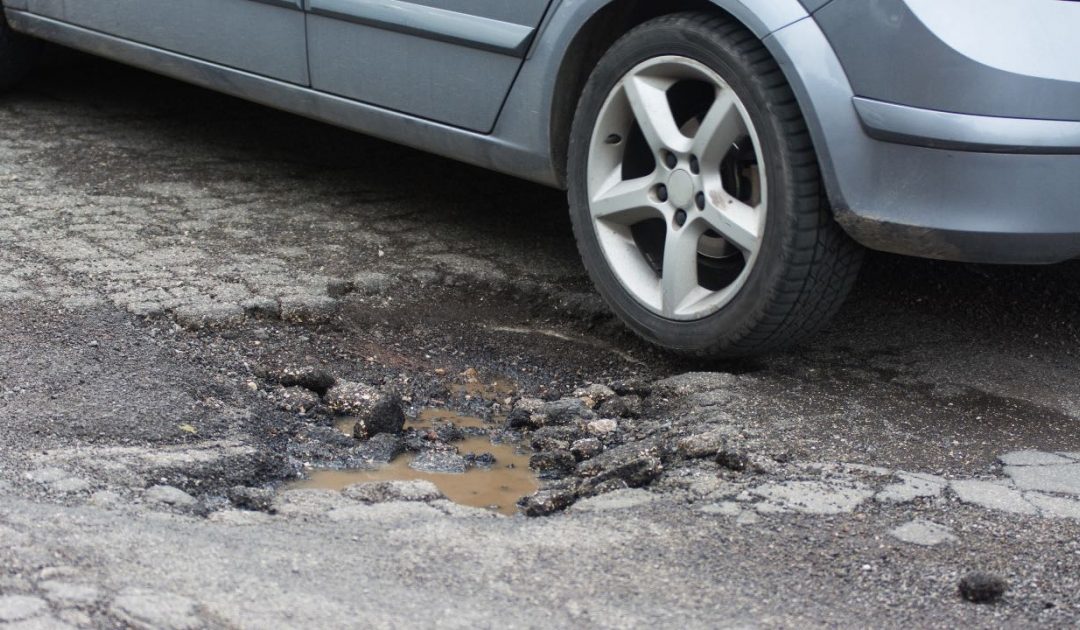 LANSING — The coronavirus may leave Michigan with less tax revenue to fix local roads, but it isn’t slowing down Gov. Gretchen Whitmer’s $3.5 billion bond plan to rebuild state highways and bridges, according to Department of Transportation Director Paul Ajeba.

Traffic volumes plummeted precipitously in the early days of the pandemic, as stay-at-home orders kept drivers off the road, depressing revenue from fuel taxes and registration fees that are a primary funding source for Michigan roads.

But traffic volumes have rebounded, and the lull had a silver lining for road construction contractors: more time and space to complete projects on time and under budget, Ajeba told Bridge Michigan in an interview late last month.

The MDOT veteran, who spent 28 years with the department before Whitmer promoted him in 2019, discussed a host of issues, from the impact of the pandemic to the pending Gordie Howe international Bridge that will connect Detroit to Canada.

Here are some excerpts from the conversation, which were edited for length and clarity.

The governor in January announced a five-year, $3.5 billion bonding program to repair and rebuild state highways and bridges, and the state closed its first $800 million bond sale in September. What is the status of that project?

We’re doing great. We are on track for all our projections, as far as projects that we’re going to get out this year, and moving forward, it’s on track. We issued our first $800 million bond, I believe it was late August or early September, which netted us $1.1 billion in total.

And what we also see in the numbers is that a lot of our bids are coming in lower than the engineer’s estimate, which is good, which means there’s competition out there.

When will the state be ready to sell more bonds to fix more roads?

We’re being very methodical about this, not just go ask for all the $3.5 billion out once. We’ve taken out the money as we need them, so we don’t start accruing interest right away.

What about the state’s overall road funding budget? With people traveling less because of the pandemic, is the state going to generate less money for other local and state road repairs?

Of course, because we obviously generate our money from gas tax and also registration fees. At the beginning of the pandemic, we saw the [vehicle miles traveled] numbers go way down, like around March, April, early May. In the middle of May then you started seeing a rise in people driving because Michigan has a lot to offer people.

I think by the time we got to July Fourth, we were almost back to last year’s number. But what we were able to also do, our contractors out there were able to take advantage of that to get a lot of work done. We had longer lane closures so a contractor can work later. And a lot of our big, big projects, we got them done on time.

The governor used bonding after the Republican-led Legislature refused her request for a 45-cent per gallon fuel tax increase. Is the administration going to ask the Legislature for more money again next year?

So I would hope that as we continue to do a good job of fixing these roads, people are seeing the benefit of what we’re doing out there, there will be an outcry to the Legislature that, ‘Hey, we like what we see. Let’s fund our infrastructure properly.’

President-elect Joe Biden nominated former South Bend Mayor Pete Buttigieg to serve as his transportation secretary. What do you make of that selection? And what are you hoping for from the Biden administration?

I think he’s going to be a great pick. I think if you look at his record and some of the things he’s done in South Bend, for us in the states and at DOT, this is the kind of thing that we’ve been hoping for on the federal level as well.

The Biden administration infrastructure plan is very comprehensive. It’s not just roads and bridges. It’s rail. It’s transit. Everything inclusive, and I’m hoping that we will get an infrastructure package as more of a stimulus package [similar to one in 2008 under former President Barack Obama.]

Before your appointment, you were known for pushing new ideas at MDOT, like the “flex lane” on US-23 near Ann Arbor. How is MDOT innovating under your watch?

We are doing a lot of design-build projects with some emphasis on alternate-technical concepts, which means we are asking the contractors to also give us ideas on how we can do this work better.

The Cavnue project is the governor’s vision with [Ford Motor Co. Chairman] Bill Ford and [Detroit Mayor Mike Duggan] to say, ‘Let’s dedicate a lane from Detroit all the way to Ann Arbor and back as an autonomous vehicle lane.’ I think it’s the first in the world, by the way. It’s a revolutionary, innovative concept. We are working hard to implement this. I think it’s a game changer. To be honest.

Biden is calling for big new spending on electric vehicle development, charging stations and other EV infrastructure. What does the state need to do to prepare for that EV future?

Part of some of the strategies we’ve been talking about internally — without getting ahead of any announcements — is how can we as an infrastructure owner be part of this to help support such a revolutionary change in the way cars are designed and operated?

Now you have gas stations everywhere. People stop and get gas and keep going. How do you as an infrastructure owner accommodate electric vehicles. We are part of the conversation, but I think by the time we start implementing this we’ll be probably rolling out some of the state and federal help to get this out there.

What is the status of the Gordie Howe International Bridge project to build a new span connecting Detroit and Windsor?

I’m really proud of the progress we’ve made. That is an almost $5 billion project that we’ve made tremendous strides [on.] All the properties are acquired. You start seeing piers coming off the ground, and it took a lot of work and a lot of people to get to that point.

They’re clearing the site and relocating utilities, and while they’re doing that the piers are going up. I think by [late 2021] people will start seeing the framework of what that bridge is going to look like when it’s done.

This article appeared in Bridge Michigan, for more, click here.