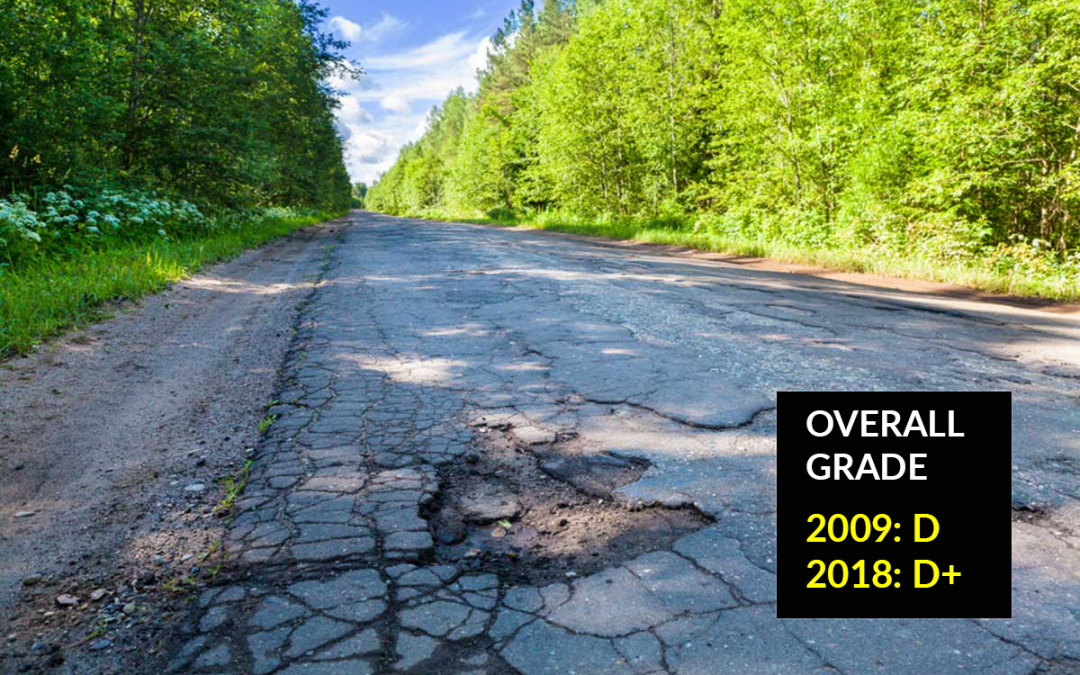 Stop us if you’ve heard this before.

Michigan’s roads are in terrible shape. Bridges are crumbling faster than the state can afford to fix them. Systems that provide clean drinking water are too old and damaged to fully withstand stress from age, pollution and demand.

Those are among the conclusions of civil engineers on Michigan’s aging infrastructure, according to a new, detailed report released Tuesday.

The kicker: The state’s infrastructure has barely improved in nine years, since the height of the recession, signaling that Michigan’s failure to invest enough money to maintain bridges, roads, drinking water and wastewater treatment has left the state’s internal systems on the brink of failure. That is, unless lawmakers boost funding and look for innovative solutions to better allocate scarce resources.

Michigan’s infrastructure earned an overall grade of D-plus on a new scorecard by the American Society of Civil Engineers’ Michigan section. That’s slightly better than the D letter grade it earned in 2009, the last time the engineers released a detailed report card for the state.