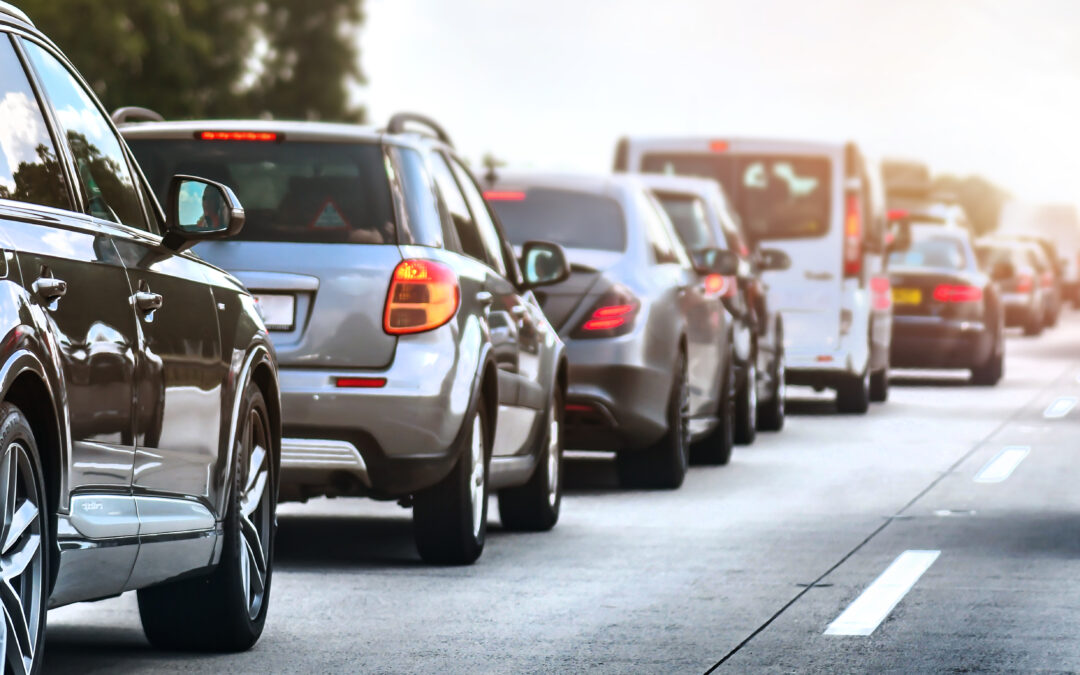 This press release is from TRIP, a national transportation research nonprofit. Learn more about the report here.

By April 2020, as most activity was curtailed in an effort to slow the spread of COVID-19, U.S. vehicle travel was 40 percent lower than April 2019. But by October 2020, U.S. vehicle travel rebounded to within nine percent of October 2019 levels. Overall U.S. vehicle travel in 2020 was 11 percent lower than in 2019, dropping from 3.3 trillion vehicle miles of travel (VMT) to 2.9 trillion. However, despite the significant decrease in vehicle travel from 2019 to 2020, the overall number of traffic fatalities during the same time increased by eight percent (from 36,096 to 38,824) and the traffic fatality rate per 100 million vehicle miles of travel increased by 21 percent (from 1.11 to 1.34).

In 2021, as COVID-related restrictions gradually lifted, U.S. vehicle travel increased to approximately 3.2 trillion miles, a 10 percent increase over 2020 levels, but still three percent below 2019’s pre-pandemic levels.  From 2020 to 2021 the number of traffic fatalities increased by approximately 11 percent (from 38,824 to 42,915), roughly on pace with the 10 percent increase in vehicle travel during the same time, and the highest number recorded since 2005. The traffic fatality rate in 2021 rose to 1.35 fatalities per 100 million vehicle miles of travel.

The significant increase in traffic fatalities since the onset of the pandemic appears largely related to increased risks being taken by drivers.  In an October 2021 report, the National Highway Traffic Safety Administration found that “after the declaration of the public health emergency in March 2020, driving patterns and behaviors in the United States changed significantly.  Of the drivers who remained on the roads, some engaged in riskier behavior, including speeding, failure to wear seat belts, and driving under the influence of alcohol or drugs.”

The AAA Foundation for Traffic Safety (AAAFTS) drew similar conclusions about the role of increased risks being taken by drivers during the pandemic.  A survey taken of drivers in October and November 2020 by the AAAFTS asked whether their level of driving had decreased, remained the same or increased since the beginning of COVID-19 related restrictions, and whether the motorist had engaged in a variety of risky driving behaviors in the previous 30 days. In a February 2022 brief about the survey, the AAAFTS noted that drivers who maintained or increased their pre-COVID travel levels indicated that they were more likely to engage in risky driving behavior, including speeding, not wearing a seat belt, being impaired and driving aggressively.  “It is possible that many of the individuals who were willing to travel—and even increase their travel—despite the health risks associated with the pandemic were already more willing than average to take other risks,” the AAAFTS report found.

“AAA urges state, local and tribal leaders to fully leverage the programs within the Infrastructure Investment and Jobs Act to implement the Safe System Approach when developing their transportation programs,” said Jake Nelson, AAA’s director of traffic safety advocacy and research. “We cannot fail to act at this juncture. AAA calls on government leaders to move beyond claims that ‘safety is priority number one’ to real-world actions that prove it.”

To combat the increase in fatalities, in early 2022 the U.S. Department of Transportation adopted a comprehensive National Roadway Safety Strategy, a roadmap for addressing the nation’s roadway safety crisis based on a Safe System approach, which is also being adopted by state and local transportation agencies. The objectives and elements of the approach include the following:

Additional funding for improved roadway safety has been provided by the bipartisan Infrastructure Investment and Jobs Act (IIJA), which provides a significant boost in federal investment in roads, bridges and transit and offers an opportunity for the nation to make progress in improving the safety, reliability and condition of America’s transportation system.

“The dramatic increase in roadway fatalities during the pandemic spotlights a national public health crisis that states have been working to resolve for years,” said Jim Tymon, executive director of the American Association of State Highway and Transportation Officials. “The Infrastructure Investment and Jobs Act provides state DOTs with opportunities to expand activities in coordination with partners to double down on integrating a safe system approach and strategies throughout the IIJA. In addition, the increased funding for infrastructure-related improvements and the ability to use a portion of the infrastructure safety funds for behavioral safety programs will advance a much-needed cross-cutting safety culture focused on zero traffic fatalities and injuries.”

The IIJA provides $454 billion over the five-year period from 2022 to 2026 for investment in highways and transit, resulting in a 38 percent increase in federal investment in 2022.  The IIJA provides additional resources to address traffic safety, including $6 billion for the Safe Streets and Roads for All program, $17 billion for the Highway Safety Improvement Program (HSIP), $4 billion for improved crash data and vehicle, behavior, and truck safety programs, $300 million for rural road safety, and $120 million for tribal road safety.

“A driver’s human mistake should not result in a life lost – we must recommit to building roads that protect roadway users and workers alike. The safety investments made in the IIJA give state and local governments the funding tools necessary for significant progress to be made on roadway safety infrastructure projects. Now stakeholders must work together to effectively, efficiently, and swiftly deploy these life-saving, cost-effective countermeasures to break the increasing trend of traffic fatalities,” said Jeff Johnson, chairman of the Board of Directors of the American Traffic Safety Services Association (ATSSA). “As ATSSA Board of Director member Cindy Williams testified before the Highways and Transit Subcommittee in Congress in early June, collaboration is critical to moving our nation Toward Zero Deaths on U.S. roadways.”

The federal Highway Trust Fund (HTF) is the primary source of revenue for the IIJA and receives its revenues exclusively from highway user fees – taxes on motor fuels and other specified motorist purchases – and from interest on its existing balance (owed by the federal government on money borrowed from the Trust Fund). The HTF is deficit proof, financing road, bridge, safety and transit improvements on a pay-as-you-go basis. The federal motor fuel tax is 18.4 cents per gallon for gasoline and 24.4 cents per-gallon for diesel fuel.