Michigan roads still stink, and the coronavirus makes them harder to fix 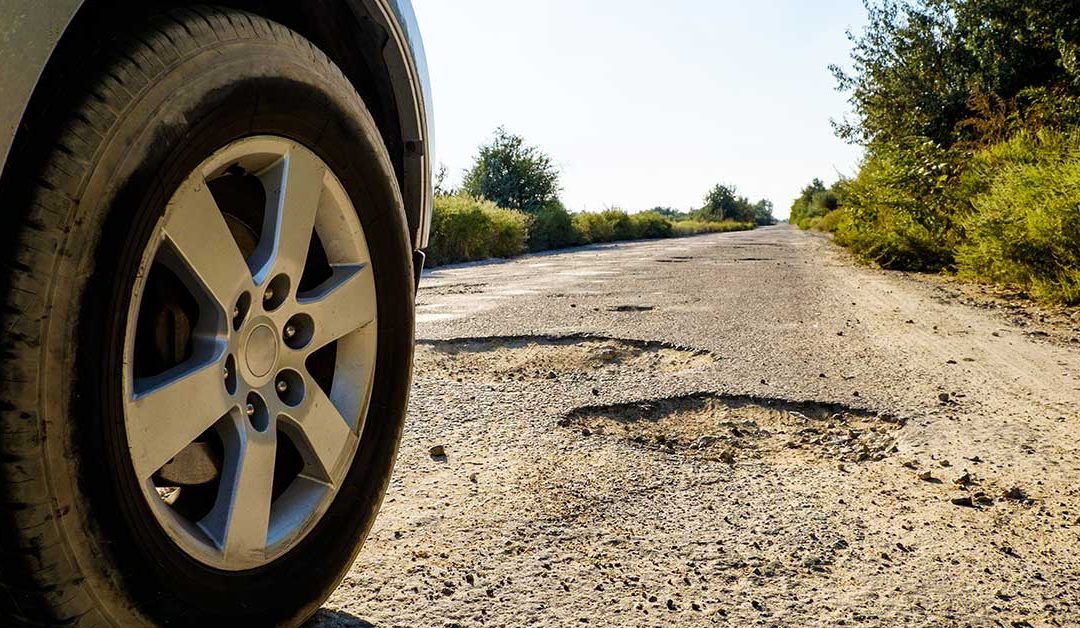 Michigan roads are still bad, its bridges are getting worse and the coronavirus pandemic is poised to take a chunk out of gas tax revenue needed to fix them.

Annual road ratings released Thursday showed only minor condition improvements across the state between 2018 and 2019 after a modest bump in state spending, a prolonged trend that officials say reflects the higher cost of maintaining aging infrastructure in patchwork fashion.

Roughly 21 percent of major state roads were rated in good condition last year, according to the Michigan Transportation Asset Management Council. Another 39 percent were rated in poor condition, along with 40 percent fair.

At the local level, participating road agencies rated more than half of their roads — 51 percent — in poor condition, but good ratings climbed slightly from 15 percent in 2018 to 16 percent.

About 38 percent of Michigan bridges were rated in good condition, but only a quarter of all bridges are projected to remain that way by 2031. Nearly 4 percent of all bridges are in “severe” condition, which means they’re at risk of closure because of safety concerns, which is nearly twice the national average and the highest rate among nearby Great Lakes states.

“We’re still chasing infrastructure that continues to deteriorate,” Johnson told Bridge Magazine.  “I don’t think we can innovate our way out of this.”

Owing largely to a 2015 funding law that raised gas taxes and registration fees, the council is projecting that more state roads will move into the good category in coming years, climbing from 21 percent to 30 percent by 2031. But the number of poor quality roads will increase as well, rising from 39 percent to 41 percent as the fair category shrinks.

Those projections do not account for the bonding plan Whitmer unveiled in January, which will allow the state to borrow up to $3.5 billion over the next five years for state highways and bridges. The Legislature last year rejected Whitmer’s plan for a fuel increase that would have boosted spending on local roads as well. The state is expected to issue the first bonds this year, provided the market remains stable and interest rates remain low.

Little is certain amid the coronavirus pandemic, which is projected to create up to a $7 billion hole in the state government budget over the next 18 months.

Because fewer people are driving during stay-at-home orders, the pandemic is already taking a bit out of revenue from fuel taxes that is shared with local road agencies across Michigan.

The state collected $84.1 million in gas taxes in March, a 29 percent drop from the $108.7 million collected in the same month last year, according to Jim Stansell, senior economist for the nonpartisan House Fiscal Agency. Diesel tax revenue dropped by a lesser amount, going from $19.7 million to $15.5 mIllion.

Stansell predicted sharper declines for April, the first full month under Whitmer’s stay-home order and forced business closures. Those revenue figures should be made public next month.

The funding loss is not going to affect state road projects slated to begin this summer, “but it’s definitely going to have an impact on next year’s program,” said Jeff Cranson, a state transportation spokesperson, who noted a steep drop in traffic volumes. “When we emerge from this crisis, our roads and bridges will still be crumbling from decades of under-investment and this will remain one of the governor’s top priorities.”

Economists at the University of Michigan project the state will collect about $184 million in gas taxes in the second quarter of this year, a $118 million drop from the fourth quarter of 2019. Collections won’t rebound fully until late 2020 or the first half of 2021, according to the projections. Diesel tax collections will remain relatively stable as trucking transportation continues.

“I wouldn’t be surprised to see that that rebound, a little slower especially in the third quarter,” said U-M Economist Gabe Ehrlich, who noted the projections are more than two weeks old and business reopening strategies are becoming more clear . “The conventional wisdom seems to be the economy’s going to reopen in phases, and it’s going to take time between phases.”

Under a 1951 road funding law, Michigan divides fuel tax and vehicle registration fees among the state and local governments, sending about 39 percent to county road commissions and 22 percent to cities and villages.

Local payments lag collections about two months, so road agencies across the state may begin to feel the squeeze of the pandemic in May as the summer construction season ramps up, said Johnson, managing director of the Kalamazoo County Road Commission.

The pandemic is a “double-edged sword” for road agencies, Johnson said. While it is reducing revenue, it also means less wear on roads and gives repair crews more traffic-fee access to them.

In Detroit, Mayor Mike Duggan has warned that the city’s own budget crunch could delay road repair projects this summer. That is not the case in Kalamazoo, Johnson said, but agencies across the state will be forced to make “tough decisions” in the coming month or year.

“This is something that’s going to impact not just this construction season, but next year as well,” she said. “Michigan transportation revenue is absolutely taking a hit, and all of us across the state in transportation are taking a very close look at that.”