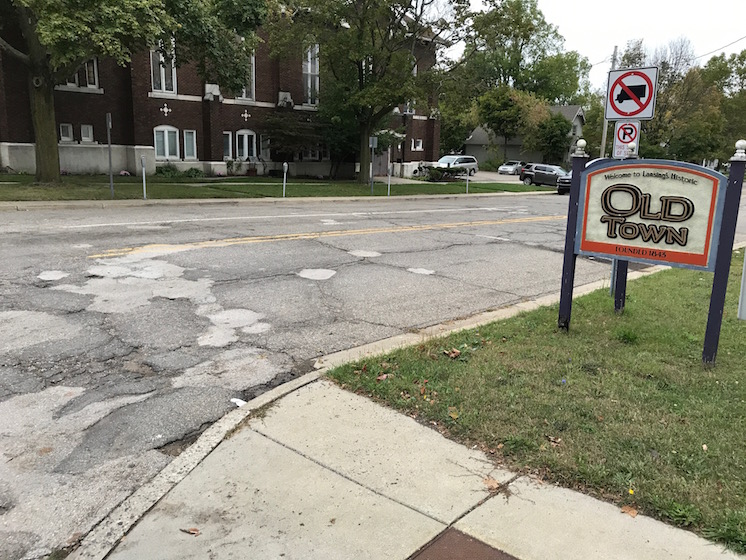 Every Michigander knows that roads in the state aren’t the best and Old Town residents have experienced that first-hand.

“The roads are just not smooth in anyway shape or form,” said Jamie Schriner, Old Town Commercial Association board president.

The state of Michigan has a budget of $3.5 to $4 million for capital improvements on roads or structural changes each year, said Chad Gamble, chief operating director and director of public service for the City of Lansing.

Gamble said the major problem with trying to maximize road life is that the “needs of the roadway far far outweigh and exceed the amount of funding that we have for it.”

Schriner said they could then let those less trafficked areas pick where work is needed in their neighborhood.