Michigan pothole season is here. Here’s how they form 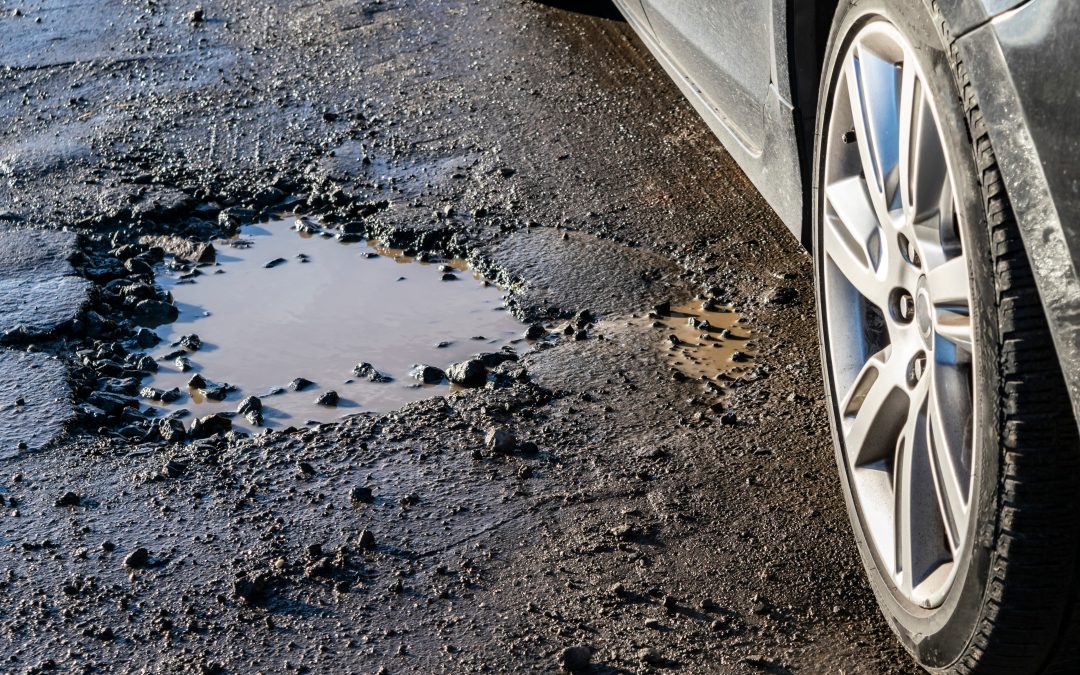 Michigan’s potholes are beginning to emerge from the state’s network of roads as winter turns a corner and warmer temperatures start to return to the forecast.

The seasonal return of these potholes typically follows a freezing of moisture underneath the road. When mixed with the constant pressure from daily traffic, they become an inevitable part of this time of year.

How do you know if your vehicle needs pothole repair?

It’s pothole season. If you hit one, how do you know if your vehicle needs a repair? Mat Kostrzewa, Certified Service Technician from Bowman Chevrolet in Clarkston tells us what to look for.

How do potholes form?

The formation of potholes is a common feature of late winter and early spring due to the conditions that are typical during this time of year.

According to a graphic from the Michigan Department of Transportation, there are three layers to a road that are in play when a pothole forms: the pavement, sub-base, and the soil.

Their creation begins when snow or rain seeps beneath the surface of the road, accumulating in the bottom soil layer.

As the moisture freezes in the winter, it causes the ground to expand and put upwards pressure on the pavement above. Pushing the pavement up is the first splinter of the road.

When the temperature warms up and the ice freezes, the ground returns to a normal level. But the pavement that got pushed up doesn’t return with it. A gap instead now separates the pavement from the sub-base of the road.

Then, when vehicles drive over the pavement, the weight will eventually crack the top surface, causing it to cave in.

What is left is a cavity in the road, which will grow as more vehicles travel over it.

Minimizing damage when driving over potholes

Learning to live with potholes is a feature of Michigan driving this time of year. The best course of action is to avoid them when feasible, which means being vigilant as a driver, having headlights turned on, and avoiding puddles.

Potholes will fill with water after it rains, which can obscure their presence.

But for the potholes that are unavoidable, MDOT says there are two schools of thought for minimizing potential damage to one’s car: speeding up or slowing down. The best advice they say, is somewhere in the middle.

“If you see a pothole ahead and can’t safely steer to avoid it, it’s best to slow down, then release the brakes before you hit the pothole,” says MDOT’s website.

The speed reduction will lessen the impact while giving a car the best chance to absorb it. Vehicle’s wheels do best when they hit a pothole head-on, so they can roll through the crack. Coming at an angle can make the impact awkward and damage the tire.

Beyond driving techniques, the right amount of inflation in a tire can also help avoid the worst of a pothole’s impact. Over and under-inflated tires cause more problems when they hit potholes.

Governor Gretchen Whitmer’s office released a statement by her on the state’s budget plans to address road infrastructure.

“Since I took office, Michigan has repaired, rebuilt, or replaced over 13,000 lane miles of road and over 900 bridges, supporting nearly 82,000 jobs without an increase at the pump,” said Gov. Whitmer. “We’ve made huge progress, but there’s still so much more to do. That’s why I’m keeping my foot on the gas as we move forward to fix the damn roads with the right mix and material, so commuters have a smooth, reliable ride for decades to come. The budget that I just introduced is the largest infrastructure investment in Michigan’s history — with $1 billion more than the previous year — to fix even more roads and bridges and support tens of thousands of good-paying construction jobs.”

Wayne County also released a statement about ramped up efforts to address road patching and repairs.

“Beginning the week of February 21, Wayne County will expand staff schedules to 10 hours per day/6 days a week to strategically address the areas with the greatest needs for repair. Additionally, Wayne County will utilize contractors to support existing staff, thereby increasing the county’s capacity to address potholes that can be a hazard to area drivers.

‘We know that potholes are a recurring issue every year. That is why federal and state dollars to invest in infrastructure is so important,’ said Wayne County Chief Executive Officer Warren C. Evans. ’Wayne County has a 10-year asset management plan to improve our roads and bridges, but more funding is needed. My administration continues to collaborate with our state and federal partners to find a long-term solution to funding this critical infrastructure and to ensure that Wayne County receives more dollars to invest in our roads.'”