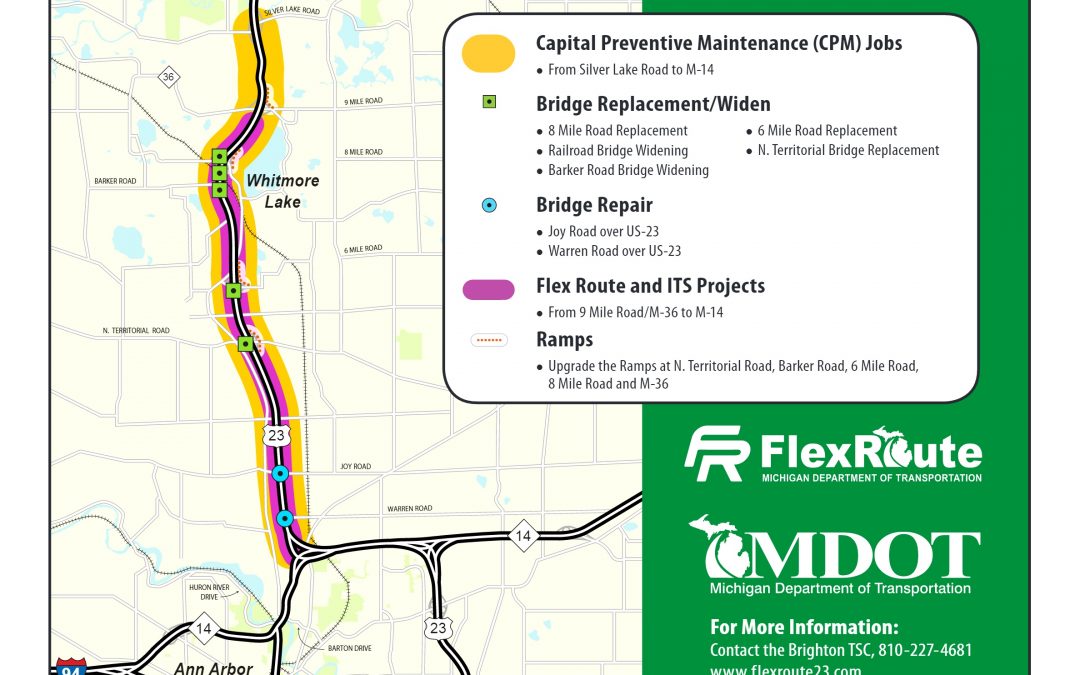 The Michigan Department of Transportation opened the special lanes for the first time in an attempt to ease traffic congestion caused by rush hour or crashes.

The “flex route” is a new system along 11 miles of U.S. 23 between Ann Arbor and Brighton. It opens and closes inside median shoulders to northbound and southbound traffic using overhead electronic signs.

Starting Wednesday, the “flex route” is open for peak hour use between M-14 and Six Mile Road, MDOT spokeswoman Kari Arend said in an email. Southbound is open 6-9:30 a.m. and northbound 3-7 p.m.

Construction is to continue north of Six Mile Road until early next week, when the system will become fully operational between M-14 and just south of M-36, she said.

That 11-mile stretch of U.S. 23 carries 66,000 vehicles a day and is Michigan’s most congested corridor outside of metropolitan Detroit. What should be a 20-minute drive in normal conditions can take up to an hour in peak periods.

Less costly to build, these routes are not considered true third lanes because there is no full shoulder attached.