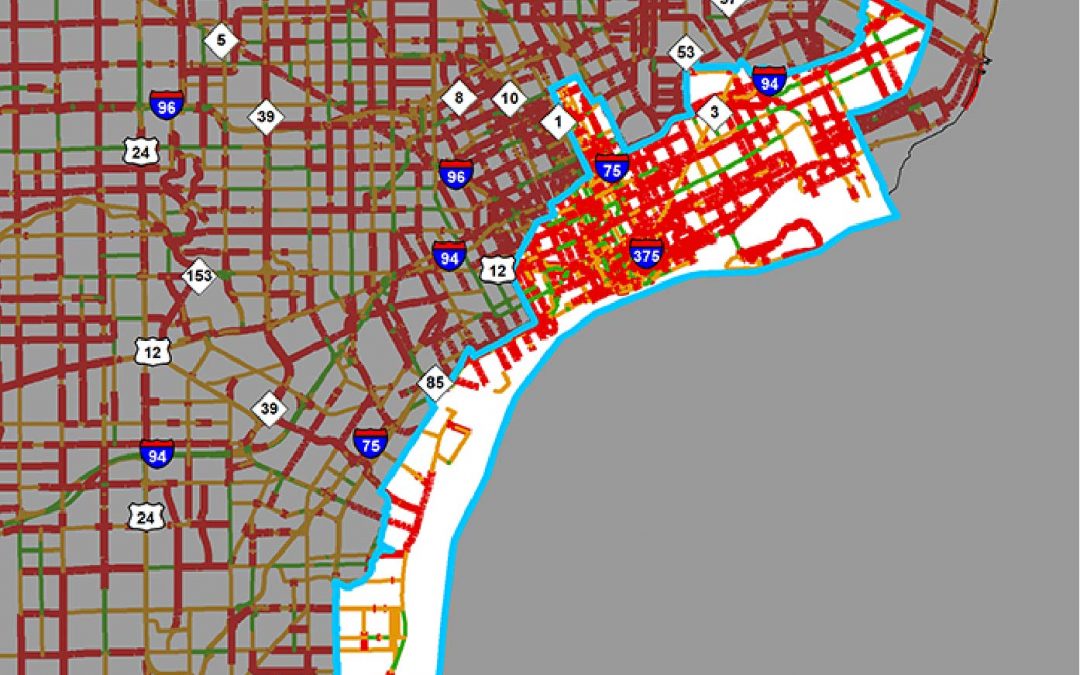 A coalition of business groups today urged state lawmakers to finally come up with a way to fix Michigan’s crumbling roads and bridges.

While none of the business advocates offered an endorsement of Gov. Gretchen Whitmer’s proposal to increase state fuel taxes by 45 cents per gallon over three years, they did not voice opposition, either. Nor did they offer their own ideas on what to do.

However, the groups agree that at least $2 billion to $2.5 billion in additional state revenue is needed annually to repair the state’s deteriorating road system.

“Whatever is done, it needs to be real money,” said Rich Studley, CEO of the Michigan Chamber of Commerce, which represents 5,700 employers statewide. “Imaginary, hypothetical solutions that will take years to implement and we hope might work and are nice to talk about over the summer, but we need a real solution to a real problem and we really need it right now.”

The Michigan Chamber has advocated “that there is always an opportunity to increase efficiency and effectiveness” in state spending and reprioritizing annual budget appropriations, “but that effort can only go so far,” Studley said.

Joined by colleagues from the Grand Rapids Area Chamber of Commerce, the Detroit Regional Chamber and Business Leaders for Michigan, Studley said the business groups wanted to provide lawmakers a “pat on the back and a kick in the pants” as they return to Lansing from summer break. He noted that transportation and infrastructure funding historically have been bipartisan issues in Lansing.

“We agree that there is a need for new revenue. A substantial additional amount of new funding is necessary to keep good roads in good condition and prevent the roads that are in poor condition from failing completely, where it is much more expensive,” Studley said. “Business people understand the difference between spending or operating expenses and investing. Business people who are focused on job creation and economic growth make investments, in plants and in equipment and in their employees.”

Manufacturers that rely on just-in-time delivery systems and agri-businesses need a good transportation system to get their goods to market, Rothwell said. A 2015 road plan legislators enacted was not enough to solve the problem, which is why Business Leaders for Michigan opposed it, he said.

“Without good roads we’re not going to be able to continue to grow this economy,” he said. “The business leaders in the state are united behind getting our roads fixed.

“The time has come where we need to get this issue over the finish line. We can’t do it without new revenue … substantial new revenue.”

In a morning news conference in Lansing, the business groups showed maps of state House and Senate legislative districts, many of which had more than 40 percent of their roads in poor condition as of 2018. Some districts had 50 percent or more of the roads designated as poor.

In Senate districts in the Grand Rapids area, a little more than 23 percent of roads were in fair or poor condition. That rate was 31 percent in neighboring Ottawa County’s Senate district.

Andy Johnston, vice president of government and corporate affairs for the Grand Rapids Area Chamber, noted that voters in some communities have approved local tax levies to support road maintenance.

“Good roads help people grow business and we need a sustainable funding solution for the State of Michigan long term. It’s not just the right thing to do, but it’s the smart thing,” Johnston said. “It’s the smart thing from a business perspective.”

About 18 percent of the roads in the Kalamazoo area were in poor condition in 2018.

Businesses that operate fleets in multiple states have told Johnston that they have to put more money into the transportation budgets because of the state of Michigan’s roads.

Rothwell said it’s an “embarrassment for a state like Michigan to have the condition of the roads that we have for a state that says it’s a pro-growth, growth-oriented state.”

“I can’t tell you the number of times I hear from business leaders saying, ‘Why would I want to invest in a state that doesn’t invest in itself?’ That’s the issue we’re facing right now,” he said.

As road conditions worsen around the state, the cost to restore them will only increase, said Monica Ackerson, executive vice president of the Michigan Road Preservation Association. That cost could grow to $3.5 billion annually within a few years, Ackerson said.

“A lot of people have asked why Gov. Whitmer’s proposal has three increases so quickly together. It’s because there are so many of these roads that are in fair condition getting ready to fall to poor. The difference between a poor road and a fair road in terms of reconstruction and rehabilitation is double the costs.”

Gov. Whitmer’s proposal for the 45-cent increase in the state’s fuel taxes lacks traction in the Legislature. GOP lawmakers have reportedly been working on a proposal but have not yet offered any plan publicly.