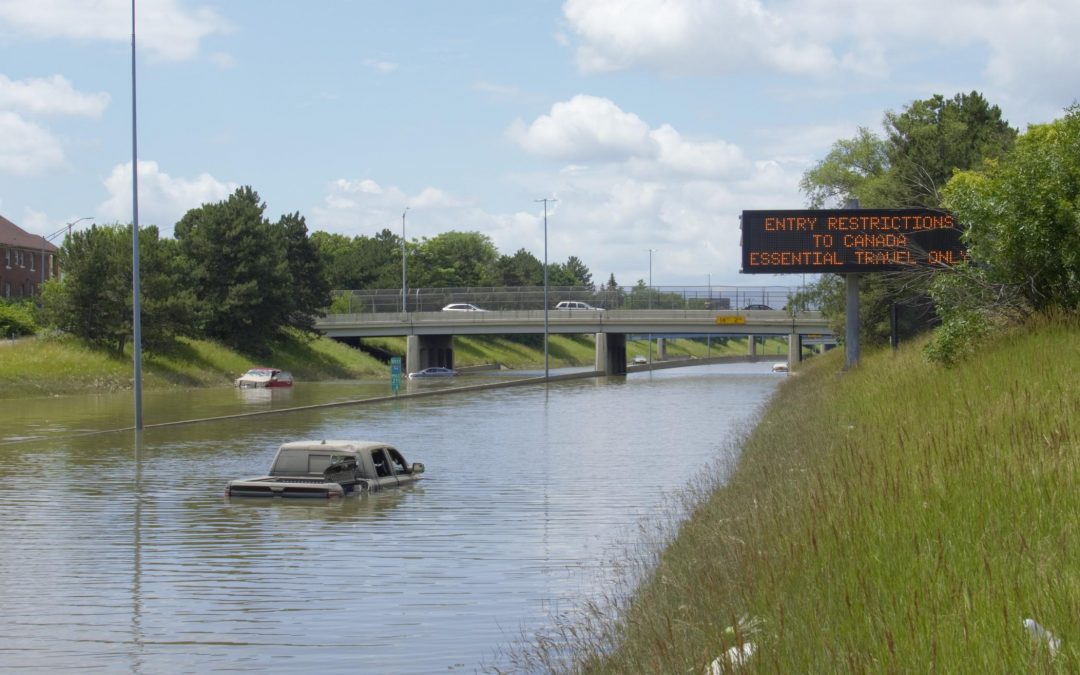 Several miles of I-94 remain flooded and waterlogged trash and former treasures line streets in Detroit as the city digs out from another historic rain event.

More than 6 inches of rain fell in parts of Southeast Michigan in just a few hours this past weekend, overwhelming drainage systems and causing water to back up into people’s homes — especially in Dearborn and Detroit.

Several miles of I-94 in Detroit remain underwater.

Gov. Gretchen Whitmer toured the damage in Detroit Monday and said this was yet another sign that the government needs to adopt better infrastructure and climate change policies.

“This is about how do we build the infrastructure that can keep us safe, that can keep our commerce and our economy going. But also recognizing we’ve got to decrease our carbon footprint at the same time,” she said, speaking to reporters on a stretch of flooded I-94.

On Saturday, Whitmer declared a state of emergency for Wayne County. Whitmer says residents should eventually qualify for federal aid.

“We’re encouraging people to clean up their basements. Keep an eye on the weather, document what you’ve had to do where keep your receipts and take pictures so that we can documents,” she said.

Most areas of Metro Detroit do not require flood insurance and covering sewage backups costs hundreds of dollars per year.

In 2014, it took the Federal Emergency Management Agency more than a month to help people in Southeast Michigan affected by similar heavy rain event.

‘This Is an Ongoing Problem’

Whitmer says we are now seeing the true cost of failing to improve the state’s infrastructure.

“It would be overly simplistic to say that we should use one-time dollars because this is an ongoing problem. That’s why I tried to solve it with ongoing revenue source. The Legislature didn’t agree but they didn’t counter with anything either,” she said.

Whitmer had proposed raising the gas tax to pay for road and infrastructure improvements in 2019. But the move gained no traction in the Republican-led Legislature. The governor has openly supported President Joe Biden’s infrastructure plan, in addition to advocating for the usage of federal COVID-19 relief dollars for improvements.

More rain and storms are in the forecast for the coming days.

This article appeared in WDET. For more, click here.