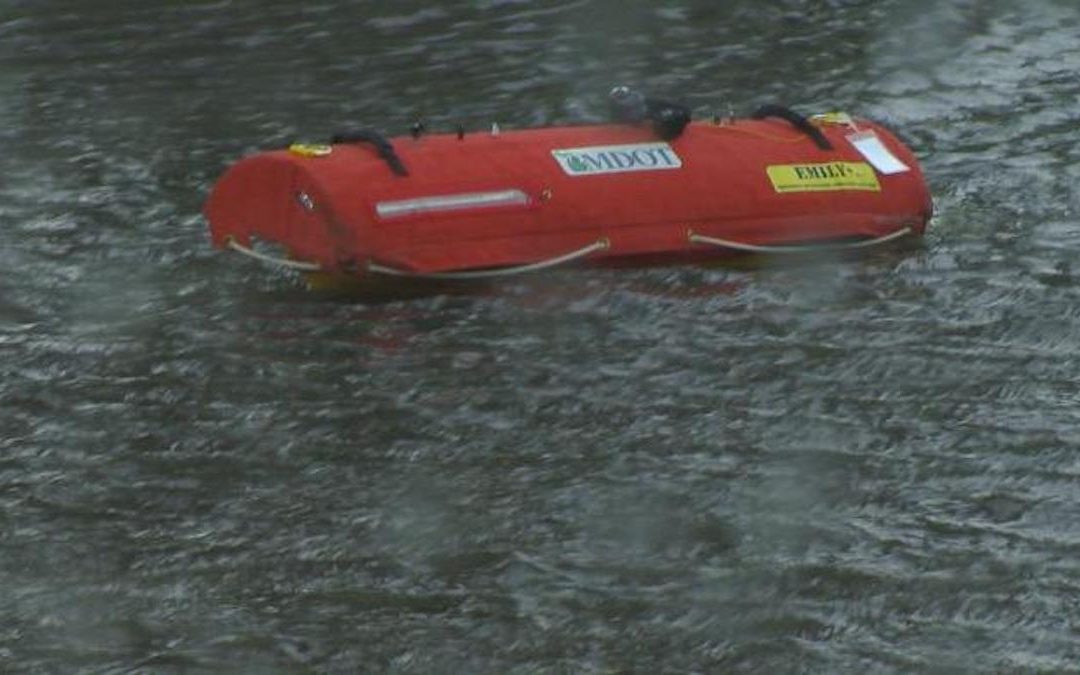 As many parts of Michigan’s infrastructure continues to crumble, the Michigan Department of Transportation is using new tools to help with critical bridge inspections.

It may look similar to remote control toys, but the $50,000 unmanned boat is collecting data that could be critical in prolonging the life of Mid-Michigan bridges.

“Anytime we have a really swift moving current, we want to go out and actually monitor,” said MDOT assistant bridge engineer Chad Skrocki.

Already, the Sonar USV EMILY has investigated more than 400 bridges on MDOT managed roads that are said to be “scour critical” and in need of close monitoring during high water events.

“Scour is basically degradation of the stream bed. Kind of the soil underneath eroding away,” said Skrocki.

For years, it was people being sent into these dicey conditions to collect the data. EMILY is changing that.

“This allows us to actually get similar data we could with a hands on inspection but not have to put the inspector in danger,” said Skrocki. “So we can operate from the shore and get all the data. It gets relayed to a base station and it gives us a real time image of whats going on.”

There’s also a 360-degree camera attached to the top of the boat, allowing visual of the entire area being inspected, even getting them into some places they’ve never been able to go before.

“If we have culverts or bridges that are really close to the water line that we can’t always get underneath, we can deploy this boat with the camera and gather all the same information with a visual inspection,” said Skrocki.

He said the data allows them to not only find and prevent issues, but determine if bridges need to close during high water events.

There are four units currently being tested statewide.

This article appeared in ABC12. Read the full story here.